You are here Home » management 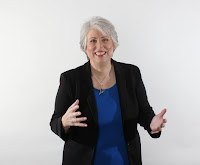 How many times have you heard “It’s not my fault” from an employee when
it really IS that employee’s fault? He is making excuses about why he didn’t do
his job. If he really can’t do the job either training is necessary, or a
career readjustment is necessary (my euphemism for firing someone). He has to
do what he was hired for or you don’t need that employee.

Employees must be personally responsible for their work.  This is one of the toughest things to teach
employees because most of them have grown up not taking personal responsibility
for anything…and the media promotes this!

In addition to employees not taking personal responsibility for their actions,
managers being friends with employees also drives me nuts.

Welcome to the world of management.
Here are six things managers MUST remember and manage by:

1. You can’t be friends with the employees who work with you.

This is probably the toughest lesson to learn. If you’ve promoted from
within or a new manager is hired from outside the company, the manager must be
friendly but he can’t be friends.  If he
goes to lunch with an employee, he has to go to lunch with all of the employees
on his team.  No favorites.

Managers must be objective and once fellow employees see that someone is
promoted they will treat him differently.
This former friend has hiring and firing authority over him.  They won’t tell this person the mistakes
they’ve made or complain to him anymore.

New managers, if they are working for the same company, often have to
develop a whole new group of friends.
And, it is very lonely at first.

When you give a person the responsibility, authority, and accountability,
the accountability is the tough part…many times there are negative things to
deal with in accountability.  He has to
learn to confront the issues quickly and resolve them!

A manager has to do things that are fair for everyone.  Some people will like the actions.  Some will not. However, your decisions must
be good for the group as a whole. A manager cannot make a decision that will
favor one person over another.  For
example, if a good employee demands a raise and says that he will quit if he
doesn’t get one, many times it is better to let that person quit.  If he gets a raise, everyone will know that
they can threaten to quit if they want a raise.
This is not the environment you want.

4.  You have to return telephone
calls.

If you have an unhappy customer, you must deal with it and resolve the
issue.  Letting messages sit only makes
an unhappy customer even more unhappy.
An issue that was small could escalate into a major problem.

Make sure that the customers are taken care of and solve their
problems.  Try to return telephone calls
immediately and resolve problems within 24 hours. After all, customers write
your paychecks.

5.  You have to make the hard
decisions…which are sometimes unpopular.

Managers and owners get the privilege of seeing the whole picture. If
things aren’t going well, then they get the privilege of dealing with
them.  So, it is important that managers
and owners see the total picture so they can make informed decisions.  If this means no overtime for a while,
shorter hours, layoffs, etc.  then they
make and implement those choices.  If it
means firing someone who isn’t doing their job, then they have to do it.

6.  Behaviors don’t change by
wishing they would change.

If you need to change someone’s behavior (or a group’s behavior), then
you have to clearly communicate the desired end result and the rewards for
changing (or consequences if they don’t change).  Often this is a slow, long term process.  However, with patience and continuous follow
up, changes in behavior can be made.  If
someone absolutely refuses to make the desired changes, maybe that person
doesn’t need to be working for your company.
This is one of those unpopular decisions that you have to make at times.

These are six things that all managers must manage by.  If you don’t, the great employees won’t put
up with poor management.  They will leave
and find other jobs.  You will be stuck
with bad employees who will stay.

Profitability
Master Ruth King has been helping companies get and stay profitable for
more than 40 years.  She is the #1
best-selling author of The Courage to be Profitable and just released
its #1 sequel, Profit or Wealth? You can reach Ruth at www.ruthking.info.