You are here Home » ethics 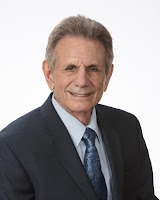 Ethical leaders
create a culture in the workplace that promotes moral values and establishes an
ethical tone at the top. Creating an ethical culture means setting a standard
that decisions are made and actions are taken that are right, not wrong; good,
not bad; and they benefit the stakeholders of the organization. Ethical leaders
are role models for others in the organization to follow. They “walk the talk”
of ethics in everything they say and do. Ethical leaders empower others to
achieve success through right actions. They make decisions that contribute to
the common good.

Employees want to
work for ethical organizations. Ethical organizations treat employees with
respect and promote fairness in the performance evaluation process. Employees
are compensated based on results and not biased choices where one employee is
favored over another and compensated higher for the same quality of work. The
gender pay gap is one such example.

An ethical
workplace culture is one where moral values define relationships between
employees, the organization and other stakeholders. The congruence of
employee-employer values facilitates ethical decision making while gaps in
those values can promote conflict and create an ethical dilemma. For example, a
superior who pressures a subordinate to overlook financial wrongdoing creates a
dilemma for the employee that can best be expressed as: Should I do what my
superior demands or what I know to be the right thing?

The moral values
of an ethical leader include honesty, integrity, respect for others, fair
treatment, being responsible for decisions and accountable for one’s actions.
Moral values encourage positive relationships built on respect, trust and
transparency.

One way to
understand the role of moral values in an ethical workplace is through the
concept of virtue. Virtues are characteristic traits of behavior that ethical
leaders should aspire to adopt. They are often thought of as excellences of
character and categorized as either moral or intellectual. Moral virtues govern
our behavior (e.g., courage, justice, self-control and truthfulness) while
intellectual virtues deal with our thought process and are acquired through
understanding, good judgment, reasoning abilities and practical wisdom. Intellectual
virtues are gained by deliberating about what should and should not be done.

Turning virtue
into ethical action requires a commitment to do the right thing regardless of
the costs to oneself and the organization. Sometimes this is easier said than
done because internal pressures create barriers to ethical decision making as
in the case of financial wrongdoing.

The ethical
decision-making process begins by identifying the moral values in play. The
following example illustrates how ethical judgments are made.

The production
manager knows that what is being asked is wrong. After all, why should the
customer be burdened by possible defects in the product that went undetected
because inspections were not made? The COO is motivated by short-term
considerations – higher profits and greater bonuses – rather than long-term
ethical behavior.

An ethical
production manager should be guided by the following virtues:

Honesty.
Shipping the product without
inspecting it violates the agreement and potentially compromises the trust of
the customer.

Responsibility.
The ethical question for the
production manager is: How would I feel if the customer identifies a defect in
the product and I failed to insist on 100 percent inspection? What if the
product defect caused harm to the customer? Can I ethically defend my decision
to go along with the COO?

Courage.
Integrity is the key meaning to have
the courage of one’s convictions to do the right thing precisely because it is
the right thing to do. The production manager should be willing to stand up to
the COO and not give in to the pressure, even if threatened with retaliation.

Good judgment.
An ethical leader relies on reasoning
methods such as teleology, or consequence-based ethics, and deontology, or duty
ethics. The reasoning process for the production manager follows.

Teleology. Teleological ethics relies on an ethical analysis of the
outcomes or consequences of each action. The best choice is that which
maximizes the benefits to the stakeholders while minimizing the costs. The
benefits are higher revenue, greater profits, and bonuses. The costs are
largely unknown because it is unclear whether any defects exist and, if so, how
they might affect the customer. This uncertainty is why cost-benefit analysis
is problematic.

Deontology. Deontological ethics, or duty
ethics, bases moral decision-making on foundational principles of obligation. A
major approach is rights theory under which each individual has certain rights
that should be respected and decision-makers have an obligation to satisfy
those rights. Simply stated, the customer has a right to use a product and
expect it to operate as intended. The company has an ethical duty to meet the
legitimate rights of the customers for a fully functioning product.

Knowing what the
right thing to do is and doing it are not the same. The fear of retaliation can
negatively influence ethical decision-making. However, an ethical production
manager should understand that going along with the COO can create an ethical
slippery slope problem where decisions in the future are tainted by unethical
behavior in the present that has to be covered up. This is no way to promote
ethical leadership and create an ethical organization environment.
Dr. Steven
Mintz (www.stevenmintzethics.com), author of Beyond
Happiness and Meaning: Transforming Your Life Through Ethical Behavior,
has frequently commented on ethical issues in society and business ethics. His
Workplace Ethics Advice blog has been recognized as one of the top 30 in
corporate social responsibility. He also has served as an expert witness on
ethics matters. Dr. Mintz spent almost 40 years of his life in academia. He has
held positions as a chair in Accounting at San Francisco State University and
Texas State University. He was the Dean of the College of Business and Public
Administration at Cal State University, San Bernardino. He recently retired as
a Professor Emeritus from Cal Poly State University in San Luis Obispo.
« 10 Magic Phrases That Will Make You a Better Leader
Boost Innovation by Strengthening the Organization’s Immune Systems »
AFTER ENTRY