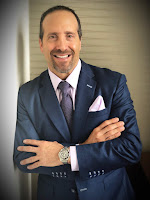 There are two words that literally have everything to
do with the everything in your days, as you go forward to live your dream and
fashion your success: Action and Attitude.

Action: The
lazy and uninspired will never inherit the earth, nor even the slightest speck
of it. In order to achieve anything, you must be up and doing, actively
engaged, and ever in motion. Building a best life requires more than mere
motion, and more than mere effort or baby steps. It truly requires enthusiasm,
zeal, and zest, along with the unbridled passion discussed in the previous
chapter. Action is for those who are willing to sprint and go all out. There
are no half–measures or shortcuts.

Each action taken must be considered, measured, and
weighed, as each must fit into the larger context of the overall plan. Success
is ultimately the province of the one who is on fire, the one who is utterly
determined, and the one who will keep shoveling and shoveling in the resolute
belief that he or she will indeed move the mountain placed in his or her path,
no matter its girth or its mass. When you are going all out, fear itself gets
cast aside and all systems are go, because the committed, engaged, and utterly
active have no time for fear.

Of course, it is you who must implement your plan, as there
is no magic in the moonlight out there that will do it for you. Plans are
always the wellsprings of action, and, as such, your plan is not made to gather
dust. Action is passion in motion. As Pablo Picasso said, it is “the
foundational key to all success.” As Bo Bennett, author of Year to Success,
writes, “A dream becomes a goal when action is taken towards its achievement.”
May you make what he says your daily mantra, for your road to success must
follow just such a course—from the dream, to the goal, to the action, to the
achievement, bit by bit and step by step, inexorably onward, until you can
truly exhale, breathe deeply, and smile broadly after having fulfilled what you
set out to accomplish. It can take a long, long time, but it’s not the time
spent that matters. Rather, fulfillment is in the doing. That’s action.

Attitude:
Attitude is a larger–than–life word. Your attitude is the embodiment of the
very way in which you grapple with life. It is the living expression of your
acceptance or rejection of what life dishes out to you. It is your signature,
your logo, your mark. Ralph Marston went so far as to say, “Excellence is not a
skill. It is an attitude.” John C. Maxwell said, “People may hear your words,
but they feel your attitude.”

So, yes indeed, attitude is one very big word. To add to
this potent litany of quotes about attitude is a popular saying that goes “We
can complain because rose bushes have thorns or rejoice because thorn bushes
have roses.” Are you positive, upbeat and smiling when you try to succeed at
anything, or are you down on the world and predisposed to think in skeptical
terms about what is possible? Do you look for the good in people or rather
expect to find the worst in them? Do you expect to take without giving or are
you rather a “reap what you sow—you only get what you give” type? Is the cup
always half full, or half empty?

If you think that you can take without giving, if you
expect the worst from people, if you are generally negative and slow to smile,
or predisposed to give less rather than more, then you might want to save
yourself the time and effort and put this book aside right now, because success
and a best life just might not be your thing. That is, of course, unless you
are willing to do the hard work, and change! The truth is that you can begin to
change your attitude by simply biting your tongue and smiling when it hurts.
You are capable of changing and improving the way you behave and act, if you
only have the will. Even the worst of attitudes can be made right with a little
spit polish, glue, and hand–holding therapy. Believe it or not, no matter how
hard or angry, ditching the negative and accenting the positive just might feel
good. Why on earth would you want to hold onto a negative world view and
attitude

The great American composer Irving Berlin who wrote in his
book, Gathering No Moss: Memoir of a Reluctant World Traveler, “Life is 10
percent what you make of it and 90 percent how you take it.” What I am telling
you is that 90 percent of what we are after here is largely the province of the
upbeat and daring, the positive and determined, and the smiling and
lighthearted. Yes, 90 percent of it is for those who will go forward undaunted,
taking the hits and the failings and climbing over the pitfalls and the
potholes, and even the occasional quicksand that will be placed in their paths.
It is the positive and the upbeat who can deal with the vagaries and surprises
of life. As Grandpa Charlie taught me, “Never stop moving in the direction of
your dream.”

About the Author: Marc Demetriou is nationally ranked mortgage broker based in New
Jersey and author of the book, Lessons
From My Grandfather: Wisdom for Success in Business and Life.
« Taking Chances to Lead Change in the 21st Century: Why It’s Cool Not to Be So Cool
Having the Courage to Trust Your Team »
AFTER ENTRY