You are here Home » delegation 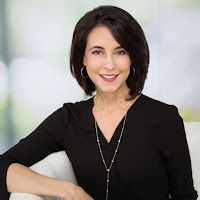 As leaders, we are, by definition, doers. We finish. We deliver.
We get results. And we love the feeling of accomplishment that comes with
crossing things off our “to-do” lists. The tougher the task, the better we like
it. We revel in being that person people bring the undoable to and then conquer.  That’s how we got here, right? We became the
go-to resource for those around us, and it fueled our rise through the ranks.
No whining. Just do it.

But what if our bias for action, our quest for pushing
harder, won’t work anymore? What if incessant doing keeps us from greatness? Is
that possible?

Here is a story that illustrates what I mean. A few years
ago, I was asked to facilitate a leadership retreat for a tech company. On the
agenda, was a business simulation that was akin to an outdoor scavenger hunt.
The participants were divided into small groups and each team was asked to
spend a few hours strategizing and developing a plan that would lead to the
best and fastest way to find items and “collect” associated winnings.  Without going into detail, I can tell you
that the group I was assigned to observe and coach post-simulation was
convinced their airtight plan would net them the ultimate prize. They were
going to stay together as a group and use their collective brain power to solve
the clues.

That was their thinking anyway.

But a funny thing happened when the simulation started.
This very deliberate and intelligent group of leaders almost immediately
abandoned their well-thought-out plan and let their instincts kick in. Instead
of sticking together and relying on their identified roles, several individuals
strayed from the group and started to “hunt” on their own. The rest of the team
followed suit and began to scatter frantically.

When we debriefed later, the discussion was fascinating. Humans
are all hard-wired for action, and these leaders started to realize the
implications of that reality. They could all see that their competitive
adrenaline rush and the time pressure ignited their natural bias for action. In
the heat of the moment, they felt compelled—even obligated—to do something. To dive in and make it
happen. Forget the strategy. Ditch the plan.

Here’s the rub. As leaders, we are being asked to both think more and do more. We need better ideas and more strategies, and we also need
to keep moving. That’s an impossible tension. We can’t endlessly do both things
at the same time.

Modern leaders who are achieving phenomenal success have
figured out the solution. Instead
of making action the default for every challenge, these leaders are pairing
that alternative with an opposite response. It’s not about replacing action, which we know is a necessary leadership
ingredient. We still need to reach our goals, meet deadlines, and produce
results. This is different.

They think of it as developing a companion habit that celebrates BEING
rather than DOING. It involves a strategic
pause. A mental time-out. Space for their brains to percolate and process the
mounds of the information they’ve been packing in.
Whatever we call it, this new habit requires
consistently taking some time away from the chaos of business to let ourselves
reflect and plan. To connect the dots between information in different ways and
to look at challenges from a fresh angle. We can’t possibly do that when we are
in constant motion.
No doubt about it, modern leaders have realized
the extraordinary benefits of the strategic pause. They don’t mistake motion
for meaning.
Neuroscientists at Washington University
tested this theory by collecting brain-scan data from people who were busy
doing mental tasks like math problems and word games. While the intense focus
of these tasks caused spikes in some parts of the brain, it also caused
declines in other parts.
These researchers ultimately found a
background activity in the brain that, oddly enough, is much more active when
people are sitting quietly in a room doing nothing. That’s a pivotal finding.
They discovered that the “resting brain” is
actually quite busy with absorbing and evaluating information, but we curtail
that function when we allow the “active brain” to hijack all the mental energy.
If we want creativity to flourish, we need to deliberately pause on occasion
and allow that background process to take priority.
As hard as it is for us doers to believe, all
the evidence says that maximum effectiveness and innovation start
with…STOPPING.
Yes, it’s tough to do. I admit it. We’ve been
taught to move forward, to finish, to be relentless. We have even been handsomely
rewarded for it.
But I am here to tell you that this bias for
action could be working against you. If you want your organization and your
team to grow, incorporate the strategic pause. Proactively make an unbreakable
appointment with yourself to think. To be.
Give yourself time and space. Change the scenery. You, your team, and all your
stakeholders will be glad you did.

Keynote Speaker, LinkedIn Learning Instructor
and Author SaraCanaday is a rare blend of analytical entrepreneur and perceptive
warmth. That powerful combination has increasingly made her a go-to resource
for helping leaders and high-potential professionals achieve their best. She is
a sought-after leadership speaker and educator, serving diverse organizations
around the world. In that capacity, Sara has gained a unique, front-line view
of leadership and its fascinating evolution. She shares those observations with
in-depth analysis in her second book, “Leadership
Unchained:  Defy conventional wisdom for
breakthrough performance,”.
« 10 Questions Leaders Must Answer When Making Big Decisions
Diversity and Inclusion – Two Very Different Concepts »
AFTER ENTRY