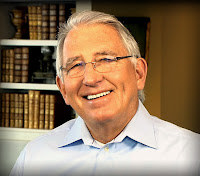 A few decades ago, when time was still a gentle concept,
companies just rocked along in their comfortable hierarchies, everything
centralized, proposals moving up the chain of command and decisions moving down
at approximately the speed of glue.
Then in the late ‘90s, early 2000s, we had the tech bubble,
and the old business model began to come apart. A pendulum tends to swing too
far at first, and pretty soon we were in the second Wild, Wild West. With
“clicks” and “eyeballs” as the watchwords, everybody began racing everybody
else to get projects launched before the next guy did. They were just crazily
developing things, business model be damned. They threw tons of money at things
that went absolutely nowhere.

It could’ve been just a brief period of madness, like the
tulip craze of 17th century Amsterdam. But in fact the tech
bubble was a message from the future: Time now moves faster, and businesses
must too.
In my long career, 45 years of it as a CEO, I’ve lived that
change. In general, the old hierarchical structure and central leadership model
that I knew as a young man at IBM has given way to a more nimble team concept,
in which power resides within small, self-contained units.  But the
challenge for modern business leaders is to adapt and empower the kind of
team-based structure that’s right for their particular businesses.
That right model will evolve as the business evolves, so you have to keep
adapting. But mission is key. And today, especially in tech companies, every
mission involves innovation, and every innovation requires speed because of all
the competition.

Our company, First Orion, builds scam blocking and caller
ID solutions for mobile phone carriers. Our senior management just spent two
days in a retreat talking yet again about organization and how best to continue
to drive proper decision-making. Several years back we elected to go with a
high performance business unit concept – that is, each business unit has its
own overall mission and is comprised of several teams charged with achieving
parts of that mission. We give each business unit as many resources – tech
support, product management, marketing – as we can to enable them to operate as
autonomously as possible.

But there’s always tinkering to be done. For example, if
two or three teams within a unit are developing technology products, is it
really efficient for each team to do their own product management internally?
Or should there be a single product management group within the business unit?

There are problems both ways. If a team’s mission is to
build a certain product, they want to hit the ground running. What they don’t want
to do is have to wait around for some centralized product management group to
tell them how to proceed. On the other hand, if every team is totally self
contained, when you bring together all the product sheets from every business
unit it’s like you’re five different companies. Wait a minute, you
say, this is nuts – nobody is communicating, nobody is coordinating,
nothing is consistent. Somehow or other have to bridge the gap between
a central product management organization – which is slow and cumbersome but
gives you nice, orderly product definition and growth – and the guerilla-like missions
of autonomous teams, which sometimes take you back to the Wild, Wild West.

Anyone who spends time around businesspeople today will
frequently hear some variation of the words, “I own it.” This speaks volumes
about the difference between the old centralized hierarchical business
structure and the new team models. In the old days, lots of employees spent
their careers as cogs in a giant machine. They were there, often precisely from
9 to 5, just to play their small parts in the overall pageant of their
companies’ business. Today’s small team members “own” their work, which means
they accept the accountability that comes with the freedom to make their own
decisions.

This change alone means that contemporary business leaders
must approach their jobs differently than did business leaders of the past. A
CEO today points the way, of course; but rather than sitting in an executive
suite on high, he or she must be comfortable down among the troops, in the
middle of the fray, moving at the speed of innovation.

Charles
D. Morgan is the visionary former Chairman and CEO of Acxiom
Corporation, and is now Chairman and CEO of his latest tech venture, First
Orion.  His new book is Now
What?  The Biography of a (Finally) Successful Startup. Morgan lives in
Little Rock, Arkansas.  For more information, please visit https://firstorion.com.
« A Leader’s Guide to Preventing and Dealing with Workplace Conflict
Cheerleadership is not Leadership. Cheerleadership creates fake believers »
AFTER ENTRY