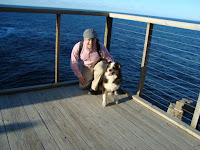 The other day I was in an elevator. A man who looked to be
in his thirties got on, while talking on the phone. Entering behind him was a
couple with a baby boy about a year old in their arms.
The guy on the phone says, “I have to hang up now, I just
got into an elevator”.
The father turns to him and says in a nasty tone, “Did you
really have to endanger all of us just to finish your call?”
He snaps back, “I hung up before the doors closed, its’ fine”.

The father responds, “I don’t know what physics degree you
have but it really doesn’t work like that!”
End conversation.
I was so taken back about how quickly this whole scene needlessly
escalated. The man had clearly hung up the phone, so all the father had to do
was mention politely how the radiation can still be impacted even with the
doors open. Instead, he took an aggressive tone from the start, and was
responded too in kind.
Obviously, one of the most important qualities a leader
needs to posses is the ability to be a calming voice. But I think it goes
deeper than that. At work, we sometimes encounter people who are usually
pleasant and calm talking in an aggressive, or belligerent manner. Rather than
attack them back, or chide them for their behavior, a leader needs to think to
themselves, “Why is this person acting like this?” Perhaps they are under some
intense pressure at work due to some deadlines. Maybe it’s something in their
personal lives which is causing them to lash out. Next time you see an employee
acting out, take them aside and reflect their behavior back to them in as
polite a way possible. Then ask, “Is everything ok, this really isn’t like
you.” Nine out ten times you will find there is something going on in their
lives which is bothering them. (The other time, is they likely skipped lunch
and are just cranky!)
To me, one of the most important character traits of
leadership is the amount of compassion we show others. Compassion means
thinking about the other person, what is ailing them, and how we can help. Most
people in this world are good kind-hearted people. So, when they lash out at
others there’s a good chance there’s a perfectly good explanation for it. Our
ability to help find this explanation and deal with it is rooted in our
humility which is of course another quintessential hallmark of leadership. Sometimes
we can get so caught up in the offense especially if their tirade is aimed at
us, we neglect to think about the root cause.
That elevator I was in, happened to be in a hospital. One
look at the child and it was clear he was a patient, which was likely causing
an enormous amount of stress on the parents. It doesn’t excuse the father being
a little nasty but it sure can explain it. All the guy had to do was swallow his
pride, look at these parents and say, “Sorry, I didn’t realize there is a
problem to talk on the phone when the doors were still open” And if he was
being super polite, “I hope your child gets better soon”.

Aryeh
Brickner is a
seasoned manager of multiple large-scale international companies and has been
responsible for the welfare and development of hundreds of employees. He is passionate
about all topics related to management and leadership. He likes Star Wars, Ice
Cream, and running (not necessarily in that order!) His book, The
Office is No Place for a Cattle Rancher! How to Practice Emphatic and Mindful
Management, is now available on Amazon.