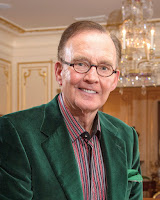 Being
a great leader means getting people to do things that they didn't think
possible. It's as simple as that.
Many
people confuse leadership style with true leadership. You don't have to be an
extroverted, rah-rah motivator to be a great leader. If that’s your style, fine.
But some of the greatest leaders have been quiet, introspective persons.
Great
leaders share several characteristics. First and foremost, they motivate people
to do their best. They are also humble: they’re the first to accept the blame
when things go wrong, and the first to give credit when things go right.  Great leaders don't talk so much about
winning, but about getting the best from the individuals themselves.
John
Wooden, one of the greatest college basketball coaches in history, never talked
about beating the other team. Instead, he inspired his players to exceed their
own capabilities. Vince Lombardi was known as a strict disciplinarian, but the
reason behind the success of the great Green Bay Packers teams was Lombardi’s
ability to get each player to believe in his own abilities and to exceed them.
Think
about what got you into a leadership position: drive, persistence, vision,
goals. If you want to become a better leader, you need to show each of your
team members that you care about them as individuals, not just as employees,
and the best way to do that is by getting them to articulate their own goals
and aspirations. Remember, they’re not there to help you achieve your goals, they’re
there to achieve their own goals.
This leadership philosophy was
summed up by Zig Ziglar, a great motivational leader who I was fortunate enough
to have as my Sunday School teacher when I was growing up in Dallas: “You can
get everything in life you want if you will just help enough other people get
what they want.”
Fred Smith, another leader who was
Ziglar’s mentor, talked about the leader as servant: “Leadership is not a title
that grants you license to force others to knuckle under; it’s a skill you
perform, a service you render for the whole group.”
This
gets to the question of rewards. Many companies make the mistake of rewarding
their top performers with things like a week’s vacation in Hawaii or a new car.
But this assumes that everyone is capable of performing at the same level as
the top 2%, which clearly is not the case.
Performance
is a combination of aptitude and attitude. Not everyone has the aptitude to be
a star performer, but everyone is capable of motivating themselves to get to
the next level. Shouldn't your reward system recognize efforts by the 98% who
are trying to better themselves, and not just the 2% who are already at the
top?
My
early career was as a sales manager for Southwestern Company, which involved
recruiting college students to sell educational books door-to-door. (The
door-to-door sales model is still in use today, even in the age of Amazon, by
the way.) In the door-to-door book selling business, the biggest obstacle to
success is the fear of rejection, of literally having doors slammed in your
face.
I
told my team members that nobody enjoys having doors slammed in their face. But
the thing to remember is they’re not rejecting you as a person, they’re
rejecting you as a salesperson.  Maybe they’re too busy, aren’t interested in
what you’re selling, a lot of reasons. They’re not denigrating you as a human
being. In other words, it’s your role, not your identity, that’s being
rejected.
This
confusion between role and identity is often carried over from childhood
experiences. When a parent criticizes a child with phrases like: ‘How could you
be so stupid?’ or “Why can’t you be more like your brother?’ the child will
naturally carry these feelings into adulthood, with the result that criticisms
will be taken personally even when they’re meant to be constructive.
I
developed something called the ‘ninety no’ contest. Any student who got ninety
noes during their first two weeks received a prize. This turned a negative into
a positive: the more doors that were slammed in your face, the closer you were
to making a sale. It was simply a question of substituting the emotional fear
of rejection with the rational law of averages. I used this approach
successfully at Southwestern and subsequently with my own book business, which
I eventually sold to Thomas Nelson, the largest producer of Bibles in the
United States.
To
summarize, here are the three keys to becoming a great leader:
·
Put
the needs of your employees ahead of those of your own.
·
Help people to achieve their own goals, not
yours or the company’s.
·
Reward attitude, while recognizing aptitude.

Raymond
Houser is the author of
THE
WINNING ADVANTAGE:  Tap Into Your Richest Resources. He started
earning money by selling pecans when he was six years-old.  By the time he
was 12, he had a paper route in addition to working in grocery stores and a
bowling alley. When his dream of becoming a major league baseball catcher
ended, he knew he had to focus on other goals. And that is what he did,
challenging himself to overcome shyness and knock on doors until he became the
highest-grossing divisional book salesman of his time for the Southwestern
Company. After that he started, developed, and eventually sold, his own book
company.
His
career had its ups and downs, including a bankruptcy. Yet, despite setbacks, he
never gave up. Starting a new career in his 40s, he was hired at Merrill Lynch
where he became a successful money manager who earned accolades—and substantial
income for himself and his clients—through trust in himself and innovation. In
time, he started, developed, and eventually sold, another company. Today he is
a sought-after speaker who offers his experience and perspective on managing a
career and, most of all, a life.
He
divides his time between Dallas and San Diego.
For
more information please visit, www.thewinningadvantagebook.com.
« Learn Leadership
The Simplicity—and Power—of Stop, Start, Continue »
AFTER ENTRY