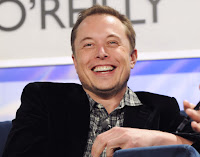 Truly creative leaders tap ideas from all ranks, and are typically skillful at fostering innovation. They are open to diverse perspectives, and willing to take risks. These leadership characteristics can be further enhanced by humor. In the words of IDEO founder and CEO Dave Kelly, “If you go into a culture and there's a bunch of stiffs going around, I can guarantee they're not likely to invent anything.”

There’s an entire branch of social science that studies the psychological and physiological effects of humor and laughter on the brain and the immune system— it’s called gelotology. Discoveries in this field have demonstrated that humor, laughter and fun release physical and cognitive tension, which leads to mental flexibility—a key component of creativity, ideation, and problem solving. Gelotology can also explain why many frontline business leaders are not just leveraging humor, but are also investing in creating playful and fun work environments.

Up until recently Elon Musk’s eccentricity and wacky sense of humor have been seen by most as a reflection of his genius, being a maverick innovator and business leader. His sense of humour has often been on display. For example, when asked how to warm Mars up to make it hospitable for humans he answered: “The fast way is to drop thermonuclear weapons over the poles.” And on how he'd rather die: “I would like to die on Mars. Just not on impact.” When asked if he was a Martian alien, “The rumour that I'm building a spaceship to get back to my home planet Mars is totally untrue.”

Musk had even considered taking merriment at his car plants to new heights (no pun intended), declaring in one interview “I’m actually wondering about putting in a roller coaster — like a functional roller coaster at the factory in Fremont. You’d get in, and it would take you around [the] factory but also up and down. Who else has a roller coaster? … It would probably be really expensive, but I like the idea of it.”

In February 2018, Musk launched the now-famous red Tesla Roadster sports car into space, atop the first SpaceX Falcon Heavy rocket. Complete with a manikin wearing a spacesuit in the driver’s seat, the car had a GPS Navigation system that displayed the message “Don’t Panic.” After launching the Tesla Roadster into space Musk declared: “It’s just going to be out there in space for maybe millions or billions of years. Maybe discovered by some future alien race thinking what the heck, what were these guys doing? Did they worship this car? Why do they have a little car in the car? And that’ll really confuse them.”

But while certain eccentricities of a leader are idiosyncratic part of their personality, we view humor as a leadership skill that can be studied, cultivated, and leveraged to drive organizational excellence. To provide guidance for this process, we created the Stand-Up Strategist 4C/S Framework (see table below), which specifies four major organizational conditions or outcomes enabled by humor, and four styles of humor at the disposal of leaders.

Unfortunately for Mr. Musk, his seemingly intrinsic style is that of strong humor, which has the most limited application and needs the most mastery to navigate. Strong humor most often entails sarcasm or cynicism and is used by a leader as put-down, as a signal of dominance or to encourage conformity to group behavioral norms. It is the comic style mostly associated with generating negative emotions, and therefore the one with the most limited application in organizations.

An illustration of Musk using strong humor was a comment reportedly made in Tesla’s early days, in response to an employee complaining about working too hard: “I would tell those people they will get to see their families a lot when we go bankrupt.” Although Musk’s misuse of humor did not become a major point of friction in the past, things became different when the performance of his company started to be questioned. Tesla shares crashed 6% and two of its senior executives quit in early September this year, just hours after Musk sparked concern by cracking sarcastic jokes and smoking marijuana on a live web show. Musk’s antics occurred at a time when Tesla’s investors were becoming increasingly concerned over its finances and ability to build cars at scale.

Leaders need to be especially tactful when using humor as a tool to address stress, anxiety and organizational crises. And while other styles of humor may be effective, strong humor must be avoided altogether for this purpose. During a difficult period for the company, the then CEO of Yahoo! Marissa Mayer was widely condemned for joking at an employee gathering: “I’m not here to announce lay-offs (pause)…this week.”

Similarly, Musk’s sardonic tweets, musings about sleeping on the floor at Tesla and wise cracks about becoming chronically sleep deprived have not exactly delighted his shareholders, and prompted several Wall Street analysts to call for the company to appoint a no-nonsense deputy to prop-up Tesla’s operations and standing with investors.

The lesson from Mr. Musk’s ordeal is not to avoid humor. Rather, it is to understand its proper application, and to use it appropriately and effectively, like any other important leadership skill. We see more and more leaders harnessing the power of humor to unleash the creative potential of their staff, connect emotionally with customers, and lay the seed for new, future-shaping, strategic directions.

After all, joking around is serious business.

For more about the Stand-Up
Strategist Platform, please see:
https://www.standupstrategist.com.
Jamie Anderson is
Professor of Strategic Management at Antwerp Management School, and Visiting
Professor at INSEAD. He has been named a “management guru” in the Financial
Times, and included on Business Strategy Review’s list of
the world’s “top 25 management thinkers”. www.jamieandersononline.com.
Gabor George Burt is creator of the Slingshot Platform, enabling organizations
to overstep perceived limitations, re-imagine market boundaries, and achieve
sustained relevance. www.gaborgeorgeburt.com.
« 8 Steps to Jumpstarting a Truth-telling Workplace Culture
Leadership Development Goals for 2019 »
AFTER ENTRY