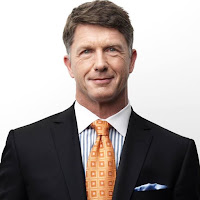 “Never let them see you
sweat.” Like many baby-boomers, I heard this and many other similar phrases
growing up. The message was clear. Don’t show weakness because it will be exploited.
Fast forward to today and you
see the opposite is true.

This shift may have started
in 2010 when Brené Brown, a sociological research professor, published The Gifts of Imperfection, and perhaps took
off with her next book Daring Greatly: How the Courage to Be Vulnerable Transforms
the Way We Live, Love, Parent, and Lead in 2012. Both were widely acclaimed and New York Times bestsellers.

I learned about the power
of vulnerability years earlier.

When I took over as
president of a $12 billion unit at AT&T—overseeing 10,000 employees and a
huge budget—I thought I had all the power I needed to succeed. I was wrong.

One of my first challenges
was to engage with employees to learn about the business and what they thought
was holding us back. I quickly found those same employees viewed people like me
(AT&T corporate officers) as part of the problem, if not the problem. I did find a number of
workers who stepped up to lead, however. I call these people Chiefs. But most needed
a little coaxing to embrace change and become fully engaged in charting a
different future for our unit.

To break down those
barriers, I held a number of town hall meetings as forums for frank and open
discussion. It was at one such meeting in New York City where I learned about
the power of vulnerability.

During a Q&A session
an employee asked if, as a corporate officer, I truly understood the impact of
losing health care benefits while a family member was battling cancer. The
person was evaluating an early retirement program and was concerned about
health care coverage options. From the question, I inferred that most of those
in my audience assumed officers—like me—were somehow insulated from the impacts
of voluntary retirement programs. The question provided an opportunity to share
a personal vulnerability to illustrate that all AT&T employees—including
leaders like me—shared many of their concerns and anxieties.

Although I never hid the
fact that I was a type one diabetic, I had never publicly shared that I was also
a cancer survivor. Years ago, while working at Sperry Corp, my doctor
discovered a malignant tumor and recommended immediate surgery. At Sperry and
later career stops, I had kept my cancer battle under wraps because I feared it
would hold back my career advancement. Other than my boss and assistant, no one
in my professional circles knew…until that fateful AT&T town hall meeting.

After I addressed the
specific question (transition health care insurance would continue to cover his
family), I took a risk. You could have heard a pin drop when I revealed, “I am
a cancer survivor and know how important health insurance is.”

I deliberately put myself in a vulnerable position as a way to connect
with my team. Although I didn’t realize it at the time, by exposing my
vulnerability, I was actually being more courageous than muscling through my
professional life without opening up about my bout with cancer.

The benefit of openly
acknowledging the link between our personal and professional lives is huge.
After my “aha moment,” more and more employees began to engage me in
conversation. It was clear that the initial animosity I faced as an AT&T
officer had eroded. As a result, more of my team members stepped up as leaders
in the transformation.

From this experience, I
was again reminded that title, position, and authority don’t automatically
translate into power and influence. Rather, my vulnerability had made me more
powerful and able to effect change. In turn, it boosted the impact and power of
my team.

What choices can you make
to become more powerful? What could you do to increase your impact and
influence?

Rick Miller is an unconventional
turnaround specialist, a servant leader, and a go-to Chief. He is also an
experienced and trusted confidant, an author (Be Chief: It’s a Choice, Not a Title, September 4, Motivational Press), a sought-after speaker,
and an expert at driving sustainable growth. For over 30 years, Rick served as
a successful business executive in roles including President and/or CEO in a
Fortune 10, a Fortune 30, a startup, and a nonprofit. Rick earned a bachelor’s
degree from Bentley University and an MBA from Columbia. He currently lives in
Morristown, NJ.If you would
like to find out how to measure and increase your power, take this short free survey that Rick
created.