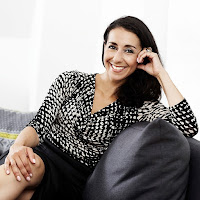 I’ve conducted
(or participated in) countless conversations with some of the most successful
entrepreneurs in the world through the years. I live alongside the wealthiest
and most influential people in our day and age here in Silicon Valley– but what
do their lives consist of?
Aside from the
generic comments about passion, hard work, the ability to innovate and think
creatively, and knowledge of their craft, there are a couple of other personal
characteristics that tend to be behind their success.
You always hear
people talk about “if only” they had more time or more money or they lived
somewhere else, and so on. You hear it from companies too – “if only the
Planning Act were more flexible, if only we had more investors, and if only our
clients would understand.” The vast majority of innovative people and companies
I’m personally familiar with became innovative because they didn’t have time or
money or because they were excluded and unappreciated. It was the lack of
resources, understanding, and exclusion from others that motivated them. Others
were driven by the desire to make the world a better place or to reach a
particular status. And then there are those who just needed to make a living,
but who had the ambitions, the will, and the innovative mindset that allowed
them to make it big.

Two years ago, I
was having dinner with Travis Kalanick, the founder, and ex-CEO of Uber. Uber
is one of the most profitable, recognized, and debated companies in the modern
world.That said, it’s
also one of the world’s most hated companies. Travis told me all about how he
randomly came up with the name, (which doesn’t exactly make much sense), and
how all he wanted was access to cheaper transport. His vision and drive ended
up changing the way we get around, who we trust to transport us, and how we
work (through apps rather than in miserable office spaces).

Regardless of
whether we like Uber or not, the company remains famous and successful. Before
launching Uber, Travis wasn’t doing well financially, and he didn’t have the
time or support when he started Uber. Nobody believed in him, and his
friends/family only gave him money because he talked their ears off. They felt
sorry for him. For Travis, his vision and faith in it proved to be the deciding
factor in establishing something nobody ever saw coming.

In other words –
you can’t pick the winners.

Nobody predicted
that he would be successful. The same goes for Alibaba and Jack Ma from China.
He wasn’t particularly intelligent as far as the school system was concerned
and he applied to more than 30 blue collar jobs as a server and a busboy (etc.)
but received nothing but rejection letters. Now he has an estimated net worth
of $50 billion.ho ends up
being the most innovative and successful? Can you walk into a classroom and
pick the winner? Almost never. It’s a kind of x-factor that can be difficult to
spot. Most people don’t recognize talent if they haven’t seen it before, and
that’s why most people can’t spot a good idea if it’s staring right at them.