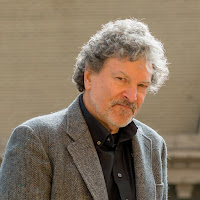 In order to value team members, or help them
find meaning in their work – that is, contribution to the greater good, to
their community or even society – you don’t need to start a formal
organizational initiative. Helping employees find significance simply takes
time, energy, and engagement.

Intention and attention from leaders can have
a beneficial impact on employees feelings of contribution, value, and worth,
which can boost productivity and service.

This was seen in a study called the Hawthorne Effect, which was
run  by Elton Mayo at Western Electric’s
Hawthorne Works factory, outside of Chicago, IL, in the late 1920’s and early
1930’s. The purpose of the study was to analyze the effects of workplace
conditions on individual productivity.

Mayo and his team focused on two groups – a
control group which operated in an unchanging work environment, and a test
group which endured the changes to their working conditions, including
lighting, such as working hours, rest breaks, food offered during breaks, etc.
Workers were involved in what changes were going to happen (how long and how
frequently their breaks were, for example). Productivity was carefully
monitored following each change. Workers were then asked if the change was
beneficial, how it might be refined to test the change again, etc.

Mayo’s research found that, compared to the
control group, nearly every change resulted in increased individual
productivity. Even after all changes reverted to the original conditions,
productivity increased.

The initial findings from this important study
led to recommendations that leaders engage with members of the workforce. After
all, it wasn’t the lighting or breaks that boosted performance, it was the
engagement of the workers by the researchers.

The test team bonded together like no other
team in that factory, because they felt their ideas were valued. They were
working together to help work conditions be more beneficial for their peers
across the factory – that gave their efforts meaning beyond the day-to-day
production activities they faced.

This is the most significant finding from the
Hawthorne Works research: Making team members and teams feel valued as well as
helping them find meaning and purpose beyond their own tactical skill
application boosts employee well-being and productivity.

What do you pay attention to in your work
environment? Do you actively engage with players regularly to learn what’s
going well and what’s not, or do they rarely see you? Or are you somewhere in
between those extremes?

Leaders, it’s your job to engage. Embrace it and enjoy it!

S. Chris Edmonds is a sought-after speaker, author, and executive consultant.
After a 15-year career leading successful teams, Chris founded his consulting
company, The Purposeful
Culture Group, in 1990. Chris has also served as a senior consultant
with The Ken Blanchard Companies since 1995. He is the author or co-author of
seven books, including Amazon best sellers The
Culture Engine and Leading at a Higher Level with Ken Blanchard. Learn
from his blog posts, podcasts, assessments, research, and videos at http://drivingresultsthroughculture.com.
Get free resources plus weekly updates from Chris by subscribing here.