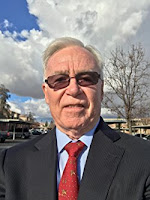 Leaders
are often thought of as the individual undertaking the most personal risk. Even
the military has morphed their ideals on leadership roles, shifting away from
the highest ranked official and instead citing the individual or group who
knows the mission and territory the best.

Today,
the key step for being a true leader is active listening. Active listening is
the act of repeating back, in your own words, what you believe was said.  Active listening focuses on more than just
hearing the words, it is about understanding them to make sure that you are on
the same page with others in the discussion. If you start with active listening
as leader you can determine who understands the mission the best, who is most
capable of success and what kind of support is required for a positive outcome.


Effective
listening skills, make it possible to select leadership and those responsible
for success. Many of us have heard that a good leader surrounds themselves with
brighter and stronger individuals. However, how do you assess leadership
potential when a predetermined hierarchical organization already exists?

This
concept is combated by leadership that is visible and communicative at all
levels. The In Search of Excellence
author, Tom Peters utilizes the term “management by walking around”. If those
in charge do not not have direct contact with all levels involved, how can they
really lead?

I
often tell upper management that they have earned their stripes and that I view
them as “the Elder council”. No serious strategic moves will be made without
them being part of the decision-making; however, markets, customers, supply
chains, manufacturing processes and everything else in the age of “digital
connectivity” changes too fast for a traditional organization to react in a
timely fashion. Meaning constant communication needs to flow in both
directions.

John
P. Kotter wrote the book XLR8, which
takes this concept on leading and describes a dual system organization meant to
keep traditional hierarchy in place but facilitates direct and timely moves via
a second organization that does not follow the former.

Active
listening and fluid communication takes time and cannot be accomplished overnight.
After absorbing a new operation, I visited the factory floor. I could see
people looking at the floor or walking the other way. When I actively listened
to these employees I found that the consistent understanding was that
management only comes out onto the floor if there was a problem, or someone was
being fired. Simple communication on why I was on the floor, paired with their
conveyed worries, allowed for better understanding and encouraged a greater
team environment.

Instant
recognition by the leader should be added as one of the key steps in today’s
world. Take away the fear, show people that you are willing to listen and take
positive action based on the messages of those around you. Show them you
appreciate their daily contributions. It has been shown that a yearly bonus or
a salary increase do not have the impact of instant recognition, a thank you, a
photo, a small gift card, or dinner with a spouse paid for by the company for
their contribution.

A
leader does not have to ask for or make strategic decisions every day,
effective leadership can be found in the small details. A manufacturing worker
suggested quality would improve if the factory was better lit. One week later,
LED lighting was installed. You could feel the change in atmosphere that a
leader was actually listening.

Customers
have a direct impact on the direction and success of a business. Pareto’s Rule
suggests that 20% of your customers represent 80% of your profit margin. A
leader should pay particular attention and listen to those customers.

Active
listening, instant recognition, being visible at all levels of the corporation,
good communications. This is leadership!

domestic
and international operations. He is noted for his comprehensive execution
skills in both high-growth and distressed environments. He was president of
ITT’s Business and Consumer Communications Group, where he led 12,000 employees
through rapid deregulation, grew revenues and profits to set records. He has also
acted as interim CEO for a number of companies, including Styrotek Inc., where
he returned the company to solid profits in just a few months. Richard is also
the author of “The
Outside the Box Executive” and “The
International Executive.”