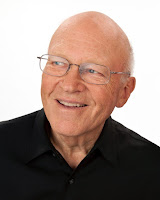 Most people who consider themselves servant leaders spend
the majority of their time thinking about how to help their people get what
they need to achieve their goals and live according to the organizational
vision. These leaders want to make a difference in their organizations and in
the lives of their people. They believe if they demonstrate that they care for
their people, their people will, in turn, practice that same philosophy with
customers, which will lead not only to great relationships but also
organizational success.
Like everyone else, however, even the most well-meaning
servant leader struggles occasionally with the human ego. It sneaks up when
they least expect it and manifests itself in two ways. The first way is false
pride—when someone thinks more of
themselves than they should. They may begin to believe all the brains in the
organization are in their office, try to claim credit for the work of others,
or spend an excessive amount of time on self-promotion. The second way ego
shows up is as fear or self-doubt—when someone thinks less of themselves then they should. The main focus of these
managers is on their own shortcomings; they are often too hard on themselves.
It’s obvious to most that a fear-driven leader’s self-doubt
is rooted in low self-esteem, because this type of person acts as if they are
worth less than others. They don’t believe in themselves or trust their own
judgment. They are seen as “do-nothing” managers. They are seldom around, and
when they are, they avoid conflict and are not very helpful. They rarely speak
out to support their direct reports—and under pressure they will defer to the
person with the most power.
Leaders dominated by false pride also lack self-esteem; it’s
just not as obvious. They act as if they think they are worth more than others,
but in reality they are overcompensating for their dissatisfaction with
themselves by trying to control everything around them. They insist they are
right when everyone knows they are wrong. They support their bosses at the
expense of their people because they want to move up the corporate ladder.
Both of these types of managers have an ego affliction that
erodes their effectiveness as leaders. Fortunately, there are antidotes for
these conditions.
The antidote for false pride is humility. It’s often said that people with humility don’t think
less of themselves; they just think of themselves less. True servant leadership
can be characterized by a humble nature—and leaders who are willing and able to
show their vulnerable side will elicit the best from their people. Give it a
try and you’ll see what I mean.
The antidote for fear or self-doubt is love. I often ask parents, “Do you love your kids?” Yes, of course,
they say. “Does this love for your kids completely depend on their success?” Of
course not—they love their kids unconditionally. I’d like you to try accepting
that unconditional love for yourself. If you buy into the idea that your
self-worth is a function of your performance plus the opinion of others, your
self-worth will be up for grabs every day. Everyone slips up now and then.
Trust that you have all the love you need. All you have to do is open yourself
to it.
Servant leadership is not just another management technique—it
is a way of life for those with servant’s hearts. Developing a servant’s heart
is a lifelong journey. It is my belief that you finally become an adult when
you realize that life is about what you give rather than what you get. The
shift from self-serving leadership to leadership that serves others is
motivated by a change in heart.
About
Ken Blanchard:

Ken Blanchard is one of the most influential
leadership experts in the world and coauthor of more than 65 books, including
the groundbreaking best seller The One
Minute Manager®. His books have combined sales of more than 21 million
copies in 42 languages. In addition to being a renowned speaker and consultant,
Ken is cofounder and chief spiritual officer of The Ken Blanchard Companies (www.kenblanchard.com),
an international training and consulting firm started by Ken and his wife,
Margie, in 1979. His new book, Servant Leadership in Action, is a
collection of essays from 44 of today’s top servant leadership authorities and
practitioners. For more information, please visit https://www.kenblanchardbooks.com.