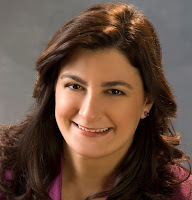 We had a handy rule of thumb for hiring in my
first job in management consulting. After the first or second round of
interviews, if the candidate scored high on the prerequisites, the team would
gather for a reality check and ask each other: "Would you mind being stuck
in an airport for 9 hours with this person?” If the answer was, "Oh my, no way," we’d usually move on to
the next highly qualified candidate. Consulting is a time-intensive business
where exhaustive hours are spent traveling to remote locations, making
presentations together in close quarter conference rooms, and collaborating
with customers. You have to like the people you work with.
Yet, it’s not the same in every
case—likability does not necessarily
equal followership when it comes to leadership. When I’ve conducting executive
assessments or performance interviews, for instance, I don’t need to hear that
a leader is highly likable. In fact, if that’s the first thing a colleague says
about a leader, it gives me pause. There are other arguably more important
elements in gaining the respect necessary to lead.
When I
weigh the pros and cons of likability, I put the question into context by
looking at three lenses that help calibrate the question:
The
first context is culture. A leader’s
disposition needs to be in sync with the culture of a company. I met with the
CHRO of a staffing firm in the southwest last month and the first thing I
thought was: this person is really nice and
I can see why she is so respected here. The organization was relatively
small, everyone was together in one location, and they relied on local contacts
to keep the business going. Likeability was built into the formula. Would that
same CHRO be as successful at a firm where the culture was more about
innovation and less about continuity? Doubtful.
Industry is the second context to
consider. When people talk about the qualities that made Steve Jobs so
successful, likability didn’t always appear on the short list. Yet, he was one
of the most admired leaders of our time. Apple is in an industry where fresh ideas,
fast thinking and constant change are keys to success. Jobs brought a highly
distinctive design vision that keyed-in on user experience and an eye for
engineering excellence that few could match. He was a brilliant in all the ways
that mattered, and that, more than likability, gained him the
followership he needed to lead in computing. Likewise, the aggressive and
purportedly overbearing Jack Welch was highly respected and emulated, but
likability was not a key ingredient for leading the massively complex global
conglomerate.
Lastly,
I look at circumstance. In general, I
would expect customer facing leaders to be likable but the benchmark may be
somewhat different for other types of functional or technical leaders.
Likewise, there are numerous extenuating circumstances that make likability in
a leader more or less necessary. If a leader is charged with reengineering or
remaking a failing firm, they must be empathetic, but perhaps likability is too
much to expect. Whereas, if a leader is hired to improve employee engagement,
shore up retention, and bring the organization together, then achieving the
necessary followership may depend upon being likable.
In
leadership, likability looks different depending upon the context. The best
leaders are decisive, commend respect, and connect with their followers. That
won’t happen if a leader is a bully, tyrant or, yes, just plain untrustworthy.
But likable? It’s not always a necessary quality in a leader.
BIO
Cassandra Frangos, EdD, is
the author of Crack
the C-Suite Code: How Successful

Leaders Make It to the Top and a
consultant at Spencer Stuart, where she focuses on collaborating with Fortune
500 leadership teams on executive assessments, succession planning, leadership
development and top team effectiveness. Previously, she led Cisco’s Global
Executive Talent practice where she played an integral role in the 2015
succession planning for Cisco’s CEO, and conducted the research for Crack the C-Suite Code.