You are here Home » change 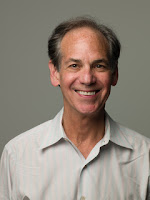 Change, and the need to
keep pace with it, has been a dominant leadership challenge for at least three
decades. Maxims such as change or die
and change is the only constant
permeate organizations, globally, keeping executives up at night as they
consider how best to move forward.
There is a counterpoint
to these popular sayings, which leaders should also consider: the more things change, the more they stay
the same.
In short, change is an
insidious beast. It calls out to leaders to focus on what’s happening outside of their companies as the way to
know what to do on the inside. And,
in doing so, many executives – especially, those who run large, longstanding
concerns – fail to take stock of what’s going on beneath the surface of their
organizations, where vital, foundational factors reside, which explain how the
company creates proprietary value – in spite of how the world around it is changing.

A sterling example of a
company that takes both of these realities into account – the outside world and
the inside world – is Apple. Apple was founded in 1976, powered by its drive to
humanize the computer. That was its
core identity; a statement that clarified the proprietary contribution the
company was capable of making. The company has stayed true to its identity ever
since. Forty-plus years later, Apple is still humanizing the computer in ways
no one could have imagined back then. From the earliest Macs to the newest
iPhones, Apple has constantly changed – by not changing at all. The company simply
continues to re-interpret its formative identity in new and meaningful ways. To
borrow the title to a famous movie, Apple has succeeded by going back to the
future.
Call it the identity paradox: an organization’s
ability to change from a changeless foundation. Taking this approach to leadership
is the secret to staying relevant, no matter how much change is going on in the
outside world. In this way, the identity paradox provides a platform for
innovation that fully embraces the world as it changes, while holding fast to
who the company is at its core.
Limitations and Benefits
Leading by the identity paradox is not a silver bullet. It doesn’t guarantee
success, but it does increase the odds of success, over time. The power of the
identity paradox cannot prevent companies from becoming acquisition targets. It
cannot assure that every new product – even if they are inspired by the
identity of the company – will gain sustainable traction among customers. Nor
can it certify that all forays into new markets will turn out well.
The benefits that flow from the identity paradox are many, however:
Chief among them is how the organization’s identity constitutes a stabilizing
force against VUCA – the volatility, uncertainty, complexity and ambiguity,
which shape today’s world. Consider the company’s identity the keel that keeps
the ship ‘steady as she goes,’ no matter what the weather brings.
The leadership imperative
The identity paradox imposes
an unspoken discipline on all leaders: To not lose sight of the immutable characteristics,
which allow each organization to create value in its own special way, even as
it responds to the irrepressible, often convulsive changes occurring around it.

Today, wholesale change
is often seen as the path to salvation, where nothing is sacred and everything
is up for grabs. That isn’t just wrong; it’s dangerous. When it comes to creating
value over the long-term, the identity of the organization is sacred.
For leaders, embracing
the identity paradox, as a management discipline is the most logical way to
ensure that the enterprise will thrive, no matter how much change the outside
world imposes on it.
Larry Ackerman is a leading authority
on organizational and personal identity and the pioneer of Identity-Based Management.
He is the founder of The Identity
Circle, a consulting and coaching firm in Westport, CT. His corporate
clients have included AARP, Dow Chemical, Fidelity Investments, Lockheed
Martin, Maytag, National Geographic and State Farm Insurance. Larry is the
author of two groundbreaking books on identity, Identity Is Destiny:
Leadership and the Roots of Value Creation, and The Identity Code: The 8
Essential Questions for Finding Your Purpose and Place in the World. He has
been a guest lecturer at the Yale School of Management, Chicago’s Booth School
of Business, Wharton, Pepperdine, and UCLA Anderson School. He is also the
author of numerous articles on identity and its impact on leadership, brand,
and culture. Larry is a graduate of LifeLaunch, the initial coaching program of
the Hudson Institute of Santa Barbara, and holds an Associate Coach
Certification (ACC) with the International Coach Federation.  Email Larry at: larry@larryackerman.com.
« Using Humor to Fuel the Success of Your Organization
3 Reasons Why Your Company’s “Superhero” Leadership Strategy Isn’t Working »
AFTER ENTRY