What I am about to say will annoy—no, inflame—some. Some people repeat words or 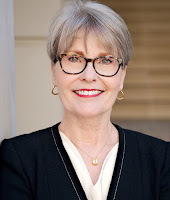 phrases as though the ability to pronounce a word is equivalent to understanding what it means or why it is important. Vulnerability is too important to be reduced to mere utterance and prescribed like baby aspirin. It’s little wonder that executives are cynical about leadership trends, those who sell them and the invalid assessment tools to go alongside.

Concepts that smack of a “touchy-feely” philosophy are disregarded and mocked. That’s if things go well. If they don’t go well, an entire company will adopt a framework and before you know it, the whole company will look at people through the lens of a test result. This gets in the way of learning about people, but it does provide a defense. Defense against what, you may be asking? Defense against responsibility for bad decisions because you haven’t taken the time, don’t have the ability or don’t care enough to find out what your colleagues are great at and what they aren’t.

Vulnerability allows people to get to know one another. The value of leaders knowing the people in their company is inestimable, but it cannot be achieved without interaction. Too often, leaders have three outbound lanes and one inbound. Communication is focused on what a leader wants to say, not what they need to hear and learn.

When we listen, we realize things we didn’t know and understand people in a way we hadn’t before. For some, that feeling of “I didn’t know as much as I thought” is a painfully vulnerable one. For others, it’s fun to open up, knowing that doing so will force them to adjust, sometimes dramatically.

Clearly, different levels of openness are appropriate, depending upon the context. Indeed, healthy individuals are more or less open, depending upon the circumstances. Even so, I know you can think of people who are stuck at one extreme or the other. Effective leaders are strategic in their thinking about when it is best to be vulnerable (admit mistakes, imperfections, for example) and when they must be circumspect (such as when planning an acquisition).

While vulnerability is important to building trusting relationships, boundaries are the essential ingredient that permit us to regulate how vulnerable to be in a given situation. Think of someone you know who shares too much. On the other end of the continuum, how about a person you know who can’t part with the most benign bit of information? Both create awkward exchanges, impeding the development of rapport, an important precursor to trust and willingness to share information.

Of course, as with most things, we don’t drive in the ideal lane all the time. We go along fine for a time, then drift. Usually, the consequences are minor. Indeed, being inconsistent, despite the bad rap it gets, is very human. Most everyone says more than they intend sometimes or remains tight-lipped when it would be more beneficial to speak up. Patterns of behavior are the best indicator of who we are.

It’s no surprise that individuals have preferences and habits regarding vulnerability and boundaries. Organizational cultures also have various levels of tolerance for openness. This colors the relationship of people to one another and either promotes curiosity, learning, and innovation or inhibits it. If vulnerability is okay and the boundaries healthy, people can try things and succeed or fail without being psychoanalyzed as a result.

It is the job of leaders to establish healthy boundaries, foster a culture to support them and deal effectively with exceptions.

On September 28, Lt. Gen. Jay Silveria, superintendent of the Air Force Academy, addressed all the cadets at the academy, with his staff, instructors, coaches and other professionals in attendance. The occasion that prompted this action was racial slurs that had been found on some message boards at the academy’s preparatory school. There is no better way to understand what Silveria did than to watch the video.

While it was reported a few days later that the act was committed by a cadet who initially appeared a victim of the act. Silveria’s response to the Colorado Springs Gazette is worth “Regardless of the circumstances under which those words were written, they were written, and that deserved to be addressed.”

Address the incident he did. The video of Silveria’s response has been viewed nearly 2 million times and rightly so. His actions are an outstanding example of how to deal with vulnerability and use it as a pivot point. He didn’t shrink from the events. One of the most impressive aspects of his speech was the assertion that it would be naïve to think that, but for this instance, things are perfect. He managed, in five minutes and 29 seconds to admit vulnerability and set clear boundaries.

Here are the lessons exemplified by Silveria:

1. Be matter-of-fact about imperfections, every leader and every organization has them.

3. Set clear limits about what is out of bounds and take action so these are not mere words

Most situations in business aren’t dramatic nor are they public. Perhaps that isn’t as fortunate as it sounds. It’s easier to ignore too much or too little vulnerability and boundaries that are loose or rigid when things are smooth, especially when a business is admired and/or profitable. There are always currents beneath what appears a smooth surface. Leaders who manage well in high-stakes pay attention to the dynamics in their organizations all the time, not just when the cameras are rolling.

Constance Dierickx, PhD, specializes in working with organizations in high-stakes transitions, including mergers, acquisitions, divestitures, CEO succession, strategic change, and crisis. She has worked with clients such as AAA, AT&T, Belk, Boys and Girls Clubs of America, DIRECTV, IBM, NextGear Capital, Olive Garden, and others. She has advised over 500 executives, on five continents in 28 industries. High-Stakes Leadership: Leading Through Crisis with Courage, Judgment, and Fortitude describes the critical aspects of leadership needed in high-stakes. Leading requires the courage to make conscious decisions, judgment to separate information from spurious data and short-term trends, and fortitude to remain true to oneself and one’s mission.