You are here Home » culture 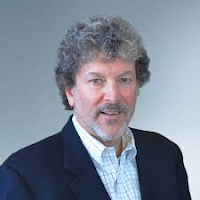 Built to
win doesn't mean you're going to
win. It means that you are setting your team up to win more often than not.

Recently, I spoke to 300 leaders at a client's annual conference.

Between
the banners hanging on the walls demonstrating their past successes and
industry awards, the celebration of their terrific financial results, which
were the best in the company's history, and the praises sung of their unique
organizational culture, which they believe is the foundation of the company's
success, it was clear that the theme was this company was “Built to Win.”

But
the company leaders didn’t leave it at that; they acknowledged the hard work
ahead by saying, "That's all in the past. We have the opportunity to do
very well in the coming year - but we have to earn every customer's business
and earn our employees' hearts, every day this year, all over again."

In
the NFL, the 2013 Denver Broncos were built to win, but
couldn't handle the poised Seattle Seahawks in the Super Bowl. In
Major League Baseball, the 2011 New York Yankees were built
to win but didn't make it to the World
Series.

There
are many other examples of sports teams and company teams around the globe that
had talent, leadership, and heart, but were unable to finish. They simply didn’t "win" as expected.

Every
leader on the planet, of every team and company, large or small, believes they
have built their team to win. Few leaders would admit their team is built to
lose or is built for mediocrity, right?

What
separates the teams that should win,
that could win from those that
execute well, adapt well, and exceed their high expectations?

I
suggest these three integrated approaches.

Treat Employees As Your Primary
Customers

Create
a safe, inspiring, respectful work environment of trust, giving your employees
the opportunity to apply their knowledge, skills, and hearts to serve the team
and organizational constitution daily.

Don’t
leave your culture to chance. It drives everything that happens in your
company. Start by formalizing your team or company's "reason for
being," it's present-day purpose.
Then outline your team's values, the desired principles you want to be demonstrated in every interaction
daily. Define values in observable, measurable, behavioral term, writing them
into an organizational constitution.

With
your standards now defined, spend time and energy paying attention to the
quality of the work environment and your team’s performance. Engage and learn
employee's perceptions about how to make improvements. Test new approaches.
Learn and test again. This ongoing evolution is the mark of high performing, values-aligned teams.

What
will you do to build your team for wins today?

S. Chris Edmonds is a sought-after speaker, author, and executive
consultant. After a 15-year career leading successful teams, Chris founded his
consulting company, The
Purposeful Culture Group, in 1990. Chris has also served as a senior
consultant with The Ken Blanchard Companies since 1995. He is the author or
co-author of seven books, including Amazon best sellers The
Culture Engine and Leading at a Higher Level with Ken Blanchard. Learn
from his blog posts, podcasts, assessments, research, and videos at http://drivingresultsthroughculture.com.
Get free resources plus weekly updates from Chris by subscribing here.