You are here Home » vision 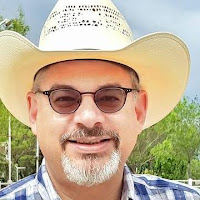 What does it
take to get from the idea to the realization of that idea? How do we get from a
dream or the scribblings on the back of a napkin or some vivid imagery that is
concocted in our mind’s eye—perhaps the result of a peyote-induced haze—to
something tangible we can deliver to our customers or our colleagues? What does
it take, what is the process, to get from contemplation to completion? How do
we turn our visions into a reality? Lessons from the Earth to the Moon

When I was younger, the space race was in full swing. There was no
International Space Station (or any space station) and no Space Shuttle, and
Neil Armstrong had not yet set foot on the Moon. I am too young to remember any
of the Mercury or Gemini missions, but I do remember many of the Apollo
missions. And I remember that each and every launch from Cape Canaveral was
watched with intensity from every television in the nation, perhaps the world.

Vision is the image of the future that you have for your company. The key to
success for any initiative is to be able to know what the vision is—in its most
simple and raw form—and to effectively communicate what that vision is to the
team in clear and concise language so everyone can understand what the company
stands for and what it strives to be. You must align the team so they know
their roles in pursuit of this vision and what they are expected to accomplish.

In the case of our heroes at Mission Control, their vision began in 1961, when
President John F. Kennedy proclaimed, “I believe that this nation should commit
itself to achieving
the goal, before this decade is out, of landing a man on the Moon and returning
him safely to the Earth.”1 Make no mistake in the boldness of this statement,
especially the latter part. It’s far simpler to put a man on the Moon than it
is to put a man on the Moon and get him safely back to Earth. But no matter how
bold a statement it was or how complex it
would actually be to fulfill, the elegance of its simplicity made it
all seem plausible and possible.

Kennedy had motivation but he also had a gut feeling, based on the
accomplishments of the first half of the century—a century that saw the
invention of flight, the harnessing of electricity, the automobile, submarines,
space flight, and the splitting of the atom—that his bold gauntlet was
achievable. The very first step in achieving any future state is to define, as
completely and as simply as you can, what it is you want to accomplish: What
are the goals? Every sport has a means of calculating success or levels of
success. Football has the aptly named goal line. Golf counts strokes. Even
synchronized swimming has a manner of obtaining a score, however subjective it
might be. How will you know if you have accomplished your objectives if they
are not defined?

Visions of the future do not have to be complex. In fact, the best visions are
simple, succinct, elegant, and understandable. This is necessary because you
will never be able to describe your vision to someone with as much clarity and
detail as it is in your mind, unless you distill it down to its raw essence as
Kennedy did. >From a practical perspective, this is a requirement because
you will need a cadre of people with their diverse talents and expertise to
make your vision a reality. If you find your vision is complicated, chances are
you don’t understand it well enough yourself—never mind trying to explain it to
others. Go back and do a better job. Revise your goals until they are clear,
concise, and achievable.

Joseph F. Paris Jr. is a thought leader on the subject of operational
excellence, a prolific writer, a sought-after speaker around the world, and the
author of the new book State
of Readiness. In addition, Paris serves on the editorial board of The Lean
Management Journal, the board of the Systems Science and Industrial Engineering
Department at the Watson School of Engineering at Binghamton University, and
the board of the Institute of Industrial Engineers' Process Industries
Division.
« Happiness: A Leadership Imperative
Making the Most of Timing Differences: Managing a Team of Procrastinators and Non-procrastinators »
AFTER ENTRY