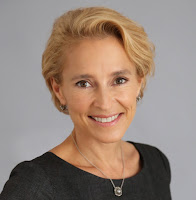 Leadership
is in the midst of a major makeover. The identity of an organization is
shifting away from the CEO; elements of control are being willingly transferred
to the employee, with empathetic and individualized attention being paid in
order to increase engagement. Greater internal transparency is leading to more
peer-based relationships and a flattening of the corporate hierarchy. The
enterprise environment is evolving and in order to succeed within it leaders’ styles
are changing too.
In
the emerging “Future-of-Work” settings, it is employee egos that matter, not
the CEO's. Identity is increasingly being defined at the company level, and as
a manifestation of the corporate culture that is rising in importance. The
culture is more an expression of the values of the composite body of the
workforce than the identity of the leader of the company--although these are
certainly best aligned.
The
shift marks a significant move away from Henri Fayol's autocratic “command-and-control”
type management theories and methodologies which have been in vogue since the
early 1900s. These were coupled with Frederick Wilson Taylor’s popular scientific
management theory that focused on financial compensation and the concept that workers’
motivation resulted from payment for volume-based repetitive task work.
Numerous
research studies since then highlight compelling evidence of a number of other
important—and non-monetary—levers available for motivating workers and
improving generally low productivity levels. Autonomy is a key one that impacts
leaders’ positions and roles which has been found to be a critical component
for increasing employee engagement and thence productivity, as noted already by
Peter Drucker decades ago, especially in relation to knowledge workers.
Another
factor relates to the fundamental essence of the employer-employee relationship
that is evolving as empathy becomes a key characteristic of new leadership. At any
level of the organization, leaders can develop a new, positive dynamic by focusing
on each employee’s personalized needs, demonstrating respect for the employee
and allowing trust to build, thereby increasing engagement as well.
With
a talent-focused, individualized approach, each worker’s contributions are
recognized and supported, and their opinions more valued and decisions
followed. As a result, there is movement along the employer-employee continuum with
responsibility and accountability shifting towards the employees. A trust-based,
reciprocal relationship changes the nature of interactions and alters the bond
with a consequent recalibration.
Acknowledgment
of the individual embodies the philosophy behind the “bring your whole self to
work” concept. Employees are encouraged to show up at work in the fullness of
who they are, more disposed to engage when they can be comfortable and open. Their
reciprocal acceptance of others is expected as well. This attitude from leaders
promotes an inclusive environment in which they themselves are integrated at
the core and from where they lead.
At
the same time, the advent of the Internet generating almost ubiquitous
accessibility of data caused the collapse of the “information power pyramid”
where those previously at the top of corporations who had the most information
were able to wield the most power. This leveling of this pyramid has been
reflected within the internal corporate playing fields.
In
parallel, in a fast-evolving, technology-rich marketplace, flexibility is
essential and expertise is increasing its weighting relative to tenure with
authority being assigned accordingly. As a result, certain leaders within an
organization may be defined temporarily on a project basis depending on specific
business needs, with responsibility being distributed to different employees to
lead particular teams over time. The consequence is a more flexible and fluid
concept of leadership.
Greater
transparency is also both causing and promoting less stratified corporate
structures, further changing the focus and scope for leaders. Previously, they
could control most of what was presented to the public about the company,
whether through advertising, press releases, newsletters and other corporate
communications.
Now,
social media and other applications and platforms have enabled
everyone—especially customers—to voice their opinions publicly about business
decisions and performance as well as the organization’s products and services.
Greater exposure of company information dictates that core messages, which
communicate the essence of the corporate culture, values and vision, be
consistent. So leaders are now tasked with ensuring the same vision, values and
cadence of communications are shared clearly internally and externally.
Wider
data dissemination has also created the expectation of employee involvement at
all levels of the organization, including participation at every stage of the
process. This prospect offers opportunities for more peer-based interaction and
a better flow and exchange of information and ideas. There is now a more equal
give-and-take between workers and leaders, further reducing the tiers of
internal operational dynamics and helping dissolve barriers between departments
and divisions enhancing corporate agility.
Overall,
the effective transformation is from fixed, highly-structured and
tightly-controlled tiered pyramids of accountability to flatter, broad umbrella
frameworks that empowered employees work under, enabled to be responsive to the
needs of the evolving marketplace. Leaders manage from within as integrated
members of the corporate community not lofty, distinct and distant figureheads.

However,
these new circumstances are not so simple to adjust to. Directing from the top,
issuing instructions, even ordering people to work on strictly-defined tasks in
standardized ways can be much more straightforward than dealing with employees
on a personalized basis. Adjusting for each person and engaging them from a
more equitable position takes attention and sensitivity. However, research such
as Gallup’s new State of the American Workplace report (2017) indicate the adjustment
is undoubtedly worthwhile and energy well-spent.
This
is an opportune evolution. Empathetic environments, energized by leaders
whose purpose is to catalyze and enable engagement by treating people
individually with respect, are a welcome change as the foundation of the emerging
workplace. In tandem, the new leadership styles are also able to generate much-needed
boosts to productivity levels yielding better corporate results.

Sophie Wade is author of EMBRACING
PROGRESS Next Steps For The Future Of Work and founder of Flexcel Network,
which provides consulting services to maximize the benefits

and minimize the
disruption in the transition to the new work environment.  Wade is an authority on the wide-ranging
Future-of-Work issues impacting companies – such as attracting, engaging and retaining
talent, workplace flexibility, Millennial demands, purposed-driven culture, new
latticed and diversified career paradigms and more.  She is the 2015-17 President of the New York
City chapter of the National Association of Women Business Owners (NAWBO).  Wade holds a BA from Oxford University in
Oriental Studies (Chinese) and an MBA from INSEAD.