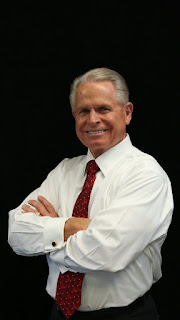 Having value is the essence of
human happiness, and the essence of leadership.
In life, we have amusements,
distractions and entertainment galore. In the United States, we have great
wealth – loads of money. And yet none of these things are happiness, nor do
they achieve it. But tour the Silicon Valley corporate landscape and one would
think these things, provided in abundance, are the soul of man.

In 37 years as the head of
Micrel Semiconductor, we achieved the lowest employee turn-over rate in the
industry. We also had the highest “boomerang employee” rate, an unofficial
measure of employees who left the company and came back. We did not pay
salaries above the norm. We did not have lavish bistros on site. We lacked many
common frills.
But we looked after people’s
hearts and made sure they knew they were valuable.

To have “value” is to have relative
worth, merit, or importance. It is not an element of one’s self, but what you
provide. We all provide some degree of value to others. A parent is immeasurably
valuable to a child. A professor is very valuable to the college student. Cops
are valuable to anyone craving safety. The plumber who unclogs your toilet on a
Saturday night before your dinner guests arrive has significant value.

Where this becomes important
to business and leaders is that knowing people have value is a source of their happiness.
Leaders that expose the value in each volunteer, soldier or employee give to
those individuals a sense of worth. Common humility prevents some people from
recognizing their own value, but good leaders make certain that same value is
acknowledged. Armored with the exposed sense of value, people then happily push
forward to accomplish great things.
This doesn’t take much. One member
of my team has accomplished some interesting things in his life, including
moving the needle in an area of American politics. Yet one of his most prized
possessions is a tiny plaque given to him by a long defunct organization for
some software he wrote. He cannot recall where he left his $900 cellphone, but
he knows exactly in what room and on what wall that plaque hangs.
The reason it was important to
him was that the honor was unsolicited, and approved by his peers. It was
recognition that he had provided something of value to the organization and its
members. It was confirmation of his value to others.

The Value of Leadership

Providing value is what
leaders do. “Servant leadership” is a school of thought whereby leaders see
themselves as existing to help others. Fred Smith, founder of Federal Express,
once opinioned that organizational pyramids were drawn upside-down – that the
CEO should be on the bottom, tip of the pyramid balanced on his or her head,
and his job was to support everyone else.

Part of this philosophy is
that leaders must help their teams know their value. Every employee, from your
best engineers, to your brightest MBA, to your janitor provides value to
others. Good leaders spend time learning the value of their team members,
openly praising them for their contributions, and demonstrating how their value
aids everyone in the organization.
Interestingly, this is the
most important value the leader provides. When done well and consistently,
employees return the validation. I retired in 2015, but to this day I receive
emails from former employees thanking me for making Micrel a good place to
work, and for making them feel alive, connected, and contributing.

Raymond D. “Ray” Zinn is an inventor, entrepreneur, and the longest serving CEO of a publicly traded company in Silicon Valley. Zinn is known best for conceptualizing and in effect inventing the Wafer Stepper, and for co-founding semiconductor company Micrel (acquired by Microchip in 2015), which provides essential components for smartphones, consumer electronics and enterprise networks. He served as Chief Executive Officer, Chairman of its Board of Directors and President since the Company’s inception in 1978 through to its acquisition in 2015.
In November, 2015, Ray Zinn published his first book with McGraw Hill: Tough Things First, Lessons On Management, Leadership and Entrepreneurialism from Silicon Valley’s Longest Serving CEO. He publishes regular columns about entrepreneurship and building enduring businesses on Entrepreneur, Forbes Tech Council, FORTUNE and CIO.