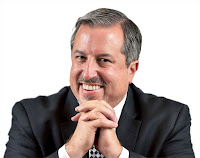 There are three
keys to true negotiating success.  If you
master these three keys, not only will you have much more success in
negotiating but you will be able to apply them to be a more effective leader.  The three keys are Clarity, Detachment and
Equilibrium (CDE) and they are the fundamental framework of Authentic Negotiating.

Clarity: Authentic negotiators know what will
and won’t work for them on every significant term and what their true bottom
line is – from a place of clarity, not ego.  In addition to doing the external preparation,
there is a body of internal work that great negotiators do to get aligned and
clear on their true objectives.

Detachment: Authentic negotiators can walk away
from a negotiation with no hesitation – not from a place of anger or upset, but
from a place of detachment with no judgment or hard feelings.  They have a preference that the deal gets done
or they wouldn’t be taking the time to negotiate but they understand that the
only thing worse than not getting a deal done is doing a bad deal and they
trust that – whatever the outcomes – it’s for the best.

Equilibrium: Authentic negotiators don’t let
emotions dictate their actions, instead they maintain equilibrium during the
heat of tough negotiation to stay present and preserve their clarity and
detachment.  They develop the tools and
practices that support them in not getting triggered or thrown off even during
heated negotiations or in the face of manipulative tactics.

So how does
becoming an authentic negotiator relate to your leadership success?  As illustrated above, great negotiating –
like great leadership – is a “state of being,” not a skill, and it’s important
to understand the distinction between the two.
It’s like the difference between having a position of leadership and
being a true leader. You may have authority, but you’re not a true leader because
of any position or authority.  A true
leader has people who are willing and excited to follow him or her; if you’re
just giving people orders, you are not actually leading them. So, if position
or authority don’t equal leadership, what does? What makes leadership is the
person: who he or she is and what I call his or her state of being.  Attaining that state of being requires
internal work like self-awareness, being aligned, listening, connecting to
internal truth and communicating effectively.

It’s the same
thing in negotiating. What we’re talking about here is who you are when you
come into that negotiating room—who you are being? If you are being a person who
is clear, calm, collected, who doesn’t let your emotions adversely impact you,
and if you’re detached from the outcome, then you will be successful. If you
have all kinds of techniques, tactics and counter-tactics ready to go, but your
state of being is in fear, scarcity, upset, anger, rigidity—whatever it is—then
you are not going to be successful, no matter how many techniques you learn.  The same is true in leadership.  You can learn various leadership techniques
and tactics but the people you are attempting to lead know whether you are
authentic.  They know whether you have
clarity on your vision, objectives and strategy.  They know if you can be detached so that you
are flexible enough to be willing to change course if something is not working.  They know if you stay calm and centered in
challenging times or if you lose your equilibrium.

So, learn to
attain and maintain CDE and become a great negotiator and a much better leader!
About the Author:

Corey
Kupfer has negotiated successful deals for over 30 years as an entrepreneur and
lawyer, and is committed to inspiring authenticity in business. Kupfer runs his
own firm, Kupfer & Associates, PLLC, and founded a speaking, training and
consulting company called Authentic Enterprises, LLC. He’s the author of the
best-selling book, AuthenticNegotiating:  Clarity, Detachment &Equilibrium – The Three Keys to True Negotiating Success& How to Achieve Them