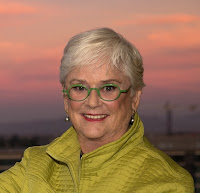 “I’m a
strategist,” Hank tells his management team. “Like most good generals, I give you the
specifics of what you need to do, and why.”

Hank’s wise about what works best
for him to do – or not to do. But his stereotyping of generals is not accurate.
We’ve worked with four-star generals who describe their leadership method this
way:
“I give my people the bottom line of
what’s gotta happen. They’re on the ground, in the midst of the action, and are
best at coming up with their own strategies for how to accomplish those goals.”
Most problems can be solved in
different ways with a variety of modes of action. Wise leaders know their best methods
for initiating solutions, and who to trust to take it from there. They know
they can’t do it all – and that they need to find the right people to fill in
the gaps. Those gaps aren’t deficits. They are the cards they were dealt. They
are the ones they have to require from others.
No one can do it all. There
are 12 natural or instinct-based ways of making decisions, which the ancient philosophers
and current research ties to the conative part of the mind/brain. Innate
conative capabilities determine our best methods of problem solving, not what
types of companies we run.  Human beings
are born with four of those capabilities in their wheelhouse, their MO
(conative modus operandi).
Great leaders know when, where
and why to put their four conative capabilities to use. Wannabe leaders believe
that anything someone else can do well, they can do better. Their lack of
delegating the tasks that don’t fit their MO inevitably weakens respect for
their leadership, leads to a loss of collaborative strengths, and causes mental
burn-out from pushing themselves beyond their limits.
Former Alaska Airlines CEO John
Kelly was a master at knowing when to take charge through one of his conative
capabilities – innovating solutions. He also knew when and how to count on the
traditionalists on his management team. He knew their conative, or
instinct-based MOs, as well as the conative culture throughout his
organization. That allowed him to handle their first-ever loss-of-life in a plane
crash with outstanding communications and his personal involvement in the most
urgent needs. He knew he should be the spokesperson, and he knew exactly who he
could count on to cover the other aspects of the complex situation.
Disaster of another sort was predictable
at Arthur Andersen, the one-time leading global accounting enterprise. Leaders
there ignored warnings that the organization would implode if they didn’t stop
churning out conative lookalikes as partners. Their insistence that everyone
who filled top leadership roles mimic the MO of current partners led to a bunch
of shoot-from-the-hip deal-makers running the place.  Too many so-called leaders believed that
bringing in new business was more important than doing an excellent job with their
traditional bean-counting role. No one in authority there was paying close
enough attention to regulatory matters. That’s not a minor “oops” when the
clients you’re advising are lending organizations. Especially since these
clients also had leaders who tended to ignore those pesky little details – and were
paying them to keep their companies out of trouble.
Growth oriented people need to
surround themselves with nay-sayers who save them from themselves. Without the
gumption to listen to what you don’t want to hear, the whole house of cards
will fall down. None of the information we showed the data-resistant leaders in
Arthur Andersen seemed to enter into their decision making. Just a few of the
right people in the right place in the organization would have changed the
history of its catastrophic failure.
Co-authors Gino Wickman and Mark C.
Winters are so right when they wrote
in their book, Rocket Fuel, that pairing the right conative
abilities “is the key to getting
everything you want out of your business.” Their recent experiences in business
show that the pattern we have seen over decades remains consistently true. As
they say, “You will get more of what you want from your business when you share natural talents and innate skill sets,
[because they give] the power to reach new heights for virtually any company or
organization.”
Great leaders
have the humility to know they are great because they recognize what they are
not great at doing – and make the effort to figure out who would be.
Kathy Kolbe and Amy
Bruske
are the authors of the new book, Business Is Business.

Kathy
is the global leader in discovering and accessing the power of human instincts.
She’s done the brain research to prove the relevance of her Kolbe Theory of
Conation to individual and organizational success. Kathy was the first person
to connect conative behavior to instinctive drives, which she postulated as the
source of the patterns of mental energy commonly known as a person’s MO.

Amy is the president of Kolbe Corp and
leads seminars for business leaders throughout the world. She was recently
named Business Owner of the Year by the Phoenix chapter of the National
Association of Women Business Owners (NAWBO).