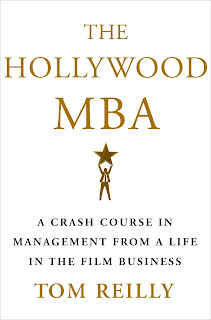 Tom Reilly is the author of The Hollywood MBA: A Crash Course in Management from a Life in the Film Business. He has been a professional filmmaker for more than thirty years collaborating on over 100 film and television projects for every major studio. He’s worked with directors Sydney Pollock, Irwin Winkler, Barbra Streisand, and Woody Allen and with more than 75 Academy Award winners. In The Hollywood MBA, Reilly explores the ten key strategies he utilized to manage big crews, big budgets, and big personalities on major motion pictures, and shows us how these strategies can be leveraged in any business for success. For more info please visit tomreillyauthor.com.