You are here Home » motivation 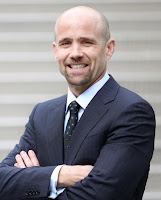 Ah,
the holiday season.  A time to be nice to
your fellow humans, a time to reflect on the accomplishments of the past year,
and to look forward to the excitement that the New Year brings.  Or, from a more Scrooge-like perspective, a
time when team members slack off, the company throws expensive parties where
certain people drink too much and do things everyone wants to forget, team
members gather to exchange awkward Secret Santa gifts that no one wants, and
very little productive activity takes place.
Love
it or hate it, it’s not a season we can afford to ignore.  Extending from American Thanksgiving until
the hangover subsides around January 3, we’re talking about a little more than
6 weeks or a little more than 10% of the working year.  Not only is it a lot of time, it comes with
certain expectations about being an occasion for organizations to show appreciation
to their people.  The reaction of many
organizations is to follow the traditional checklist of office parties, gift
giving, and expecting that productivity will be low, all the while resenting
the process and expense, and anxiously awaiting the arrival of the New Year.
But
does it have to be that way?  As with
most things in life, the answer is: of course not.  But also as with most things in life, taking
a step back to develop a broader perspective on the situation is required; no
improvement is possible without change, and positive change is rarely
accomplished without understanding the bigger picture.  And in the case of the holidays, a missing
part of that bigger picture is frequently an understanding of what team members
actually want.  Traditional ‘rewards’ such as office parties
are often viewed as obligations (and therefore not very motivating) by staff,
not just by management.
To
put some perspective on motivation during the holidays, think about these 4 things:
1. The common perception of the
December holiday period is that it is a time to rest, recharge, and to plan for
the upcoming year.  Although this may not apply to your entire
team, many great team members work hard throughout the year with the
expectation that they will get a bit of downtime during the holiday
period.  Any attempt to take that away by
expecting productivity to be maintained at the level you might see in March or
October, is unlikely to be met, and is likely to create resentment among the
team.  So be reasonable in setting
expectations, which means accepting that while productivity may be lower, this
is a healthy part of the work cycle.
2. Don’t assume you know how the
team wants to mark the occasion.  Particularly in large offices, parties with
spouses that total several hundred attendees mean that there is little time for
the team to connect, lots of time for awkward socializing with people you only
meet once a year and whose names you can’t remember, and ultimately an
experience that is more punishing than rewarding.  Throw in the opportunity for people to do
inappropriate things when nerves combine with alcohol, and you have a recipe
that you don’t want to make into an actual dish.

Instead
of assuming, talk to your team about how they would like to celebrate, and be
prepared to go against tradition.  Some
groups like to take every Friday in December to go for drinks after work.  Some teams want to play paintball.  And yes, some teams will want to do a more
traditional holiday party.  There is no
right or wrong here; only right or wrong for your team.  And the only way to know is to engage the
team in the discussion.

3. Set clear expectations for
behaviour and productivity during the holidays.  Nothing is
worse than pretending it’s business as usual if in fact times are slower, and
people have to make an effort to appear busy.
Instead, engage the team in planning in the November time frame, work
with them to set some quantifiable goals for what needs to be accomplished over
the holidays, goals that reflect a realistic level of effort, and talk with
each team member about what that means they’ll be doing during that time
frame.  Than manage the group to those
expectations.  Accomplishing these
realistic goals becomes a motivator for the team, and leads to a sense of
satisfaction, rather than disappointment at what didn’t happen.
4. Now is NOT the time to tolerate
behaviour that wouldn’t normally be acceptable.  There is never
a time for that, and we can’t make an exception during the holidays without
creating issues.  Although productivity
expectations may be lower during this period, failing to deliver on what was
agreed to is never acceptable. Similarly, allowing people (often with the help
of alcohol) to start acting like your gropey Uncle Greg gets at weddings should
not be tolerated.  Hold your team to the
same standard of behaviour and respect as the rest of the year.
Remember:
keeping a team engaged and motivated is a long-term process, not something to
think about once a year.  In the same way
we shouldn’t wait for the holidays to treat our fellow human beings with
respect and kindness, we can’t think about our motivation and engagement
strategy as existing only in a particular time frame.  Although the elements may be different
depending on the circumstances the calendar brings, it needs to be a coherent
strategy that is implemented throughout the year.
Mackenzie Kyle is the Regional Managing Partner for MNP, a national Consulting and Accounting firm and the author of The Performance Principle: A Practical Guide to
Understanding Motivation in the Modern Workplace.
« Trying not to Lose is Different than Trying to Win
Spin vs. Sorry: How to Mess Up Well & Become Authentic »
AFTER ENTRY