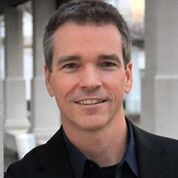 It happens every time you join a new company, or even when you change roles at
the company you work for now. You have to spend months winning the trust and
respect you’d already earned with the last group of people you managed.

What does that suggest? It suggests that people who don’t know you default to
not trusting you. But people who do know you default to trusting you unless
you’ve given them a reason not to.
The good news is, there is a shortcut to earning trust – storytelling.
Storytelling almost magically builds trust. Telling a personal story can move
you from the 30 percent to the 70 percent, because it provides a personal,
intimate, and perhaps vulnerable glimpse into your world. Reading the facts on
your resume doesn’t really let someone get to know you, and spending enough
time together could take months or years. A story is the shortest distance
between being a stranger and a friend.

A great example of this happened in January of 2005 when Procter & Gamble
bought the Gillette Company in the largest consumer packaged goods acquisition
in history. As you might expect, Gillette employees were naturally concerned
about what would happen to their jobs, pay, and benefits.

A few days after the deal closed, the CEO of P&G, A. G. Lafley, and several
senior Gillette officials, held a huge meeting at Gillette headquarters in
Boston’s Prudential Tower. The purpose of the meeting was to put employees at
ease over the change in ownership. They invited as many Gillette employees as
could fit in the auditorium. One of them was Mike Berry.

The Gillette officials spoke first. In their prepared remarks, they covered a
number of reasons why this was a great deal for Gillette employees. “P&G is
a market leader in almost every category they compete in . . . they have a
160-year history of treating their employees well . . . they have a very
generous profit sharing plan,” etc. When it was A. G.’s turn to speak, he also
had his list of reasons why this would be a good thing for Gillette employees.
But before he got to those details, he told the audience a little about himself
personally. How he started his career in the military, a little about his
family, his hobbies, where he likes to go on vacation, and so on.

When the meeting was over, Mike’s reaction reflected the sentiment of many in
the room. “Wow. I know A. G. better after five minutes than I know Gillette
leaders after five years!” And that’s exactly what they needed to know—a little
about A. G. personally. After all, what those Gillette employees needed most at
that moment was to trust the man in charge of the company that just bought
them. A. G. could have told them, “Trust me. We’ll take care of you.” But that
wouldn’t have been nearly as effective as letting them get to know him a
little. A. G.’s story moved him in the minds of his audience from the 30
percent to the 70 percent.

Don’t be afraid to share a few personal stories early in your tenure of a new
job. It can take months off your start-up curve of earning trust and respect so
you can start making a difference on day one.

© Paul Smith, author of Sell with a Story: How to Capture Attention, Build
Trust, and Close the Sale (AMACOM)

About the Author:
Paul Smith is the
author of Sell with a Story: How to Capture Attention, Build Trust and
Close the Sale (AMACOM, 2016). He is a widely sought out speaker,
coach, and trainer on business storytelling techniques whose clients include
Hewlett Packard, Bayer Medical, Progressive Insurance, and Ford Motor Company.
As the author of Lead with a Story (AMACOM, 2012), his work has been featured
in The Wall Street Journal, Inc., Time, Forbes, The Washington Post, Success,
and Investor’s Business Daily. A former Procter & Gamble communications
research executive with an M.B.A. from the Wharton School of Business, he lives
in suburban Ohio. For more information, please visit http://leadwithastory.com