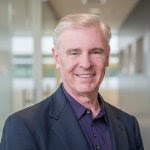 Such outstanding leaders – and others from the ranks of startups, politics,
popular culture, and big business – hail from every ethnicity, family and
educational background, and rung on the social ladder. Some emerged early in
their careers, while some blossomed late. Some of these leaders are reflective,
others instinctive. Some are funny, others humorless. Their leadership styles
are similarly variable. Some work their magic from positions of informal
influence, others from the top spot on an organizational chart. Some are
visionaries, others are tacticians. Some lead by charisma, others by consensus
building.

As diverse as they are, I’ve found that leaders do have certain things in
common.  And that the following three characteristics of leadership still
surprise many:

1. Leaders
get results through others. The ability to delegate might seem obvious, but
it’s a major challenge for young people who have excelled because of their
ability to deliver results. In many cases they stumble as leaders for the very
reason they’ve been such good producers; what served them well when they
couldn’t trust others to do the job becomes their Achilles heel as a leader.
The transition from being a producer to being a leader is one all of our
standout guests have learned.

Learning to “scale” through delegation means dealing with the imperfections and
occasional failures of others. But more than that, it means becoming really
good in the first place at hiring talented people and retaining them – as well
as at replacing those who don’t “fit” so well. It also means using one’s leadership
position to inspire. The job of a great leader is less about hands-on execution
than it is about being confident enough to create a team of competent people
who are on the same page. I like to remember General George Patton’s advice:
“Don’t tell people how to do things – tell them what to do and let them
surprise you with their results.”

2. Leaders teach inductively.  Great leaders, unlike great
scholars, tend to be inductive thinkers, reasoning from the specific to the
general, from the story to the principle. They are storytellers, illustrating
core values with memorable, colorful anecdotes. These leaders have often
achieved a “far-side simplicity” that reflects the statement of Supreme Court
Justice Oliver Wendell Holmes, Jr.: “I would not give a fig for the simplicity
this side of complexity; but I would give my life for the simplicity the other
side of complexity.”

3. Leaders have wisdom. Popular culture seems to cast many
leaders as merely ambitious or politically savvy, even greedy or self-referencing.
By contrast, great leaders are trusted. They’re trusted because they have
wisdom, being able to “see around corners” and lead an organization to
“all-things-considered” optimum results.

Great leaders are rare. They invariably leave organizations better off
than they found them, empowered to sustain and improve on the foundations
they’ve laid. Great leaders are at the center, but they are not the
center –precisely because they’ve learned to trust and to delegate, to identify
and celebrate a unifying narrative, and to predict and deliver results. When
leaders internalize these lessons, the like-minded followers they attract
ensure an enduring legacy.

Author Bio:
Joel Peterson (Twitter: @JoelCPeterson), chairman of JetBlue and a longtime
consulting professor at the Stanford Business School, is the author of the new
book “The 10 Laws of Trust: Building the Bonds That Make a Business Great.”
http://www.10lawsoftrust.com/