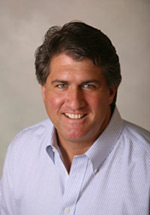 Each week it
seems that a new, horrible story about violence shocks us and shakes our faith
in every having a peaceful, civil, and kind world. As a leadership coach who
also trains leadership coaches, I believe that both coaching and being
coachable are key skills that can make a difference in this environment.

Coaching is the
process of asking powerful questions, listening, and sharing insights so that
people gain clarify and move forward to solve problems. I notice that in times
like these, more managers and leaders than ever before are questioning what
really matters to them. Coaching helps people gain clarity about what really
matters to them, how they should live, what type of careers they should have,
and how they can have maximum impact on the world both inside and outside of
their organizations.

For instance, I
have been working with a junior executive in a major investment firm. Initially
he hired me to become a better leader so that he could move up and oversee more
offices in his organization. However, as the coaching progressed and we built
trust, he shared that he also wanted coaching to figure out how to have more
impact in the world. We worked together to create a plan that allows him to
continue to grow as a leader in his present role while exploring opportunities
that might lead to new volunteer leadership roles, career opportunities in
industries where he believes he can make a more significant contribution, and
potential roles in a billion-dollar foundation that his organization runs. What
he shares in common with so many other coaching clients is a desire to make a
difference, to use his unique gifts to make a measurable contribution and serve
in the best possible way – all while still taking care of his family and being
financially responsible. He is trying to find an authentic life and career in
an extremely uncertain world with many needs.

A second way
that coaching brings value is by letting people process what is going on.
Whether you are a leader who uses coaching as a tool or a full-time coach,
coaching allows you to ask questions and then let others work things out.
Asking questions while listening and empathizing allows others to get more
grounded, come to grips with what is happening, and work through potential
distractions in order to get refocused.

Third, people
who know how to coach also understand what it takes to lead. They know how to
adapt their communication style to have more impact, how to engage and mobilize
teams, and how to influence others. This gives them the opportunity to get
involved in places that make the world more peaceful and civil. Any of us can
use our leadership skills to get involved with organizations that are having
impact on the world, that bring people together, and that make a difference.
For instance, I work with a teacher who recently decided to leave his teaching
job in the USA and spend time in Israel teaching English to impoverished
children. He has never traveled internationally but decided that now is the
time to build more bridges between cultures. We don’t have to give up our jobs
and move to a new country like this young man, but we can certainly get more
involved in leadership roles in non-profit and civic organizations in our
communities.

Fourth, if you
know how to coach, you can coach leaders of organizations that are making a
difference to be stronger. Among my colleagues are coaches who work with
leaders and managers of police departments, non-profit organizations focused on
building stronger communities, schools that teach diverse populations, and
governments. My own practice started by coaching non-profit boards and
executives to become stronger, more aligned, and to have the capacity to
achieve their missions in their communities. This kind of work is incredibly
rewarding, because it brings people with different viewpoints together and
often accomplishes remarkable results. For instance, I worked with a
billion-dollar community foundation to help the board decide their annual grant
making priorities to build a more diverse and inclusive community. I also
worked with a non-profit children’s theater company that developed and executed
a plan to bring drama training to children in 20 under-served schools. Coaching
and facilitation helped the leaders of these organizations to reach consensus
and be accountable for results – more so than if they had tried to move forward
without this kind of support.

Finally,
perhaps most importantly, leaders and coaches understand what it means to be
coachable. One of the problems in times of violence is that politicians and
pundits tend to dig in their heals about how best to solve the issue. Dialog
stops and one-way speeches and accusations become the norm. For instance, every
time there is a senseless shooting in the United States, it seems that one side
rushes to their stump speeches about gun control, while another side rushes to
their demands for better screening of possible terrorists, the mentally ill,
and enhanced law enforcement. Coaching reminds people to listen to others, go
into what is not known instead of what everyone thinks they already know, and
find common ground. It helps people shift from “no, but…” to “yes, and….”
Coaching can help different parties come together, listen to each other, and
develop solutions that work based on evidence rather than predetermined
positions and biases.

Coaching isn’t
a panacea. You can’t coach a terrorist or murderer to change their ways,
because you can only coach people who recognize a problem and want to change.
However, for leaders and coaches who understand the power of coaching, we can
make a difference – even a small one – in these very challenging times.

Andrew Neitlich is the founder and director of the Center for Executive Coaching,
a leading coach training organization based in Central Florida. He has trained
over 1,000 coaches around the world—including clients within FedEx, Aflac,
Microsoft, Cisco Systems, the United States Air Force, Florida Institute of
Technology, University of Minnesota, the United States Department of Defense,
Macy’s, the NBA, and Deloitte Consulting. Neitlich is author of five books and
received his MBA from Harvard Business School. He lives in Sarasota, Florida
with his family and plays lots of tennis. His new book, Coach! The Crucial, Deceptively Simple Leadership Skill for Breakaway
Performance, is available for purchase at centerforexecutivecoaching.com/book. You can learn
more at centerforexecutivecoaching.com
or connect via LinkedIn.