You are here Home » mentoring 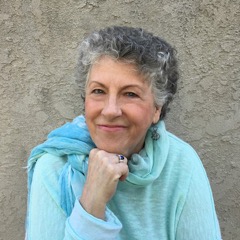 Guiding and driving a team to reach their highest potential while
simultaneously meeting the revenue projections of the business can often be a
serious juggling act. On the one hand, you want everyone on your team to be:
challenged but not overwhelmed; curious but not confused; agile but not
disorganized. On the other hand, there are deadlines to meet; costs to contain;
changes and more changes to manage. What’s a leader to do?
There are many answers to this question, but the best return on
value, applicable to all business, is to set
expectations on all sides. The team needs to understand the objective, the
goals, the constraints and each member’s role. Who is in charge of what aspect
or task? What happens when there are surprises or unanticipated issues? Who are
the stakeholders? What are the risks of not achieving the objective? … and on and
on. Bottom line is, open and honest communication are essential.
There was a software project that had high visibility within the
company and serious consequences for the client if the project was not on time
and on budget. Everyone on the team worked tirelessly to meet all the deadlines
and the project seemed to be tracking to success, when about five days before
the project was to be delivered, everything stated to “blow up” in software
language, nothing was working. All the testing that had been done was no longer
valid and no one could understand what had happened. The software developers
claimed they had not made any additional changes, yet something had gone very
wrong. Hours became days and suddenly, 24 hours before the final deadline and launch,
it became clear that this could not be fixed in time. The situation was
compounded by the fact that no one had told the client or senior management,
because they were very confident that it would be “fixed” and no one need ever
know.
The client had scheduled a press conference to announce the new
product and give a brief demo. The project manager knew the consequences of
this public failure would be very serious for all involved. They needed a plan
B and they needed it ASAP. So desperate times call for desperate measures, and
the project manager again decided the solution was not transparency, but to
create some type of unrelated problem, like no power to the building. He took
his trusted product manager and they searched the building for power breakers
that they could pull during the press conference to buy them time.  They were willing to risk being arrested
rather than not deliver.
When you successfully set expectations,
several things happen. First, and most obviously, everyone knows what to
expect. This might be a “duh” to you, but for some people juggling a million
different priorities and projects, agreed to expectations automatically gives a
project higher visibility on the “to-do” list.

The second thing that happens with set expectations
is that it levels the playing field. There is one vision, one mission, one
goal. There isn’t pulling rank, there isn’t trying to weasel someone into doing
your work for you. It’s a level playing field because everyone knows what they
are expected to contribute to get the job done.

The third thing that happens with set
expectations is that you get buy-in from all the major stakeholders. They have
a chance to voice their opinion and concerns, explain their particular
challenges, and state what they need to get the job done. 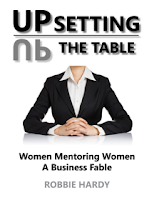 Setting expectations helps prevent those
nasty “surprises” that come too late to be able to influence the outcome, which
is where over budget and late delivery are born.

Robbie
Hardy spent 20+ successful years in the corporate sector before finding
her true calling in the entrepreneurial world.
She is author of the new book UPSETTING
THE TABLE:  Women Mentoring Women. For
more information visit www.RobbieHardy.com.

« When the Leader Needs Help
Make Habits, Not Rules »
AFTER ENTRY