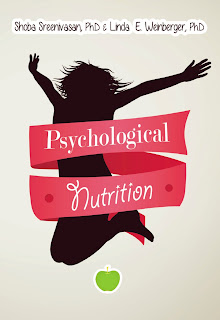 A particularly virulent female leadership style is what we label, “Machiavellian Mary” to denote a superficially agreeable, yet ruthless, self-focused, and false individual. Machiavellian Mary is admired for playing well in the “male” game of pyramidal hierarchies: pleasing to those on top and controlling, micro-managing and authoritarian to those below.

In fact, Machiavellian Mary not just toxic to those below her, but to the businesses that promote her to a leadership position:

– She kills buy-in from key stakeholders: the employees who are the face of the business.

– Her authoritarian style torpedoes an environment that nourishes new ideas.

– Hers is a “top-down” communication style, one that promotes a culture of fear.

– She is an obstacle to change.

How does she do this?

· She creates friction, pits co-workers against each other

· She promotes dissension and an atmosphere of suspicion and distrust.

Yet, Machiavellian Marys continue to be prominent in leadership positions of power across sectors. Why?

Despite gender equality as the overt mantra, images of strength as masculine and weakness as feminine remain potent today, just as they have in the past. Power colors our view of others; we respect those with status and assign lower esteem to those without. Men have had more power than women; consequently, we women may unconsciously assign more respect to women who lead like men.

Men may well be more comfortable with Machiavellian Mary, at least initially. On the surface she can look like she is getting the job done and not distracted by interpersonal issues, such as being concerned about the needs of others. As she does not have feminine frills like a democratic style (e.g., acknowledging team work), tasks such as down-sizing, aggressive take-overs, and issuing demotions come easily.

The opposite of a Machiavellian Mary is a nurturant leadership style. However, nurturant is not a characteristic typically sought out for a leader: it suggests a “mothering” approach. As such, those with nurturant styles may be assigned to the roles of subordinates to be led, but not to be leaders.

· Nurturant suggests being a supporter rather than leader

· A Nurturer is someone who is focused on relationships rather than tasks.

Consequently, men who hire women leaders may not consider nurturers as competent; women in business leadership roles may also, either consciously or unconsciously, reject these “feminine-centric” images. Women may believe that those who are able to move up “the leadership ladder,” did so because they could be ruthless; or if that is not palatable, the adjective is softened to “realistic” or “has business sense.”

Is a nurturing leadership style more aspirational than pragmatic? Is it just a nice theory that plays well in academic journals and sounds good in conferences about transformational leaders? Several years ago, researchers found that biomedical research centers with a nurturing leadership style yielded the most major biomedical discoveries. One can find examples in other fields where promoting cooperation rather than competition enhances creativity. Hiring Machiavellian Mary may look good at first; but in the end, will impede the true growth and potential of the business.

Our background, as clinical and forensic psychologists, has given us a front row seat in viewing the underbelly of human nature. We have done so long enough through interactions with people who have psychopathic styles to know that this never brings out the best in others. Instead, as shown in the biomedical arena, cooperation instead of “dog-eat-dog” competition, fosters creativity: be it inventions, original works, scientific contributions, or successful businesses.

Creativity thrives in an environment where ideas are encouraged, where employees feel valued, believe that their work has meaning; it does not thrive in the poisonous environment of fear. It is archetypically feminine as it is nurturing and maternal. The key to new ideas and growth comes from fostering a cooperative spirit that acknowledges the contribution of others and promotes their success.