The
26th President led a very tragic life; it made him empathetic and a great
leader
Guest
post from Jon Knokey: 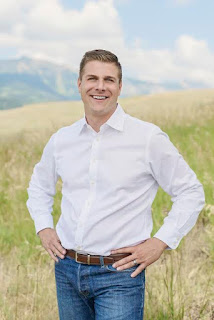 Certainly there can only
be one Theodore Roosevelt: the smile, the bombastic laugh, the unbridled energy
that bore him the nickname the “steam engine in trousers.”
But Theodore Roosevelt was deeply melancholic and forlorn.
America just did not know it, then or now.
“His own brave and
cheerful front was what the world knew him for,” biographer David McCullough
writes “. . . [but] he dwelt more on the isolation and sadness inherent in
human life, than most people ever realized.”
An intensely sick and
asthmatic kid, living in sheltered aristocracy, Theodore fought off death as a youngster.  Few in the Roosevelt family thought he would survive
to see his eighth birthday.  Shortly
after TR turned twenty years old, his father died abruptly of cancer. Just a
few years later, on Valentine’s Day 1884, Theodore’s mother and wife died on the same day, in the same
house, just hours a part.   The wife died from Bright’s disease, the mother
from typhoid fever.  All three deaths –
father, mother, and wife - were a complete shock.
Roosevelt spent months not
sleeping, walking through the streets of New York alone at all hours of the
night.  Friends recalled his bloodshot
eyes, his inability to process the disaster.  He told a friend he had nothing to live
for.  He wrote in his diary that “the
light has gone out of my life.”
“He was carrying a grief
that he had in his own soul,” a close friend confirmed, “. . .[it] hounded him
to death.”
To Roosevelt the world was
flawed and ephemeral; an imperfect place that required moral leaders vigorously
fighting to mend its brokenness.  This
burden of sadness propelled TR to seek the beauty in leading imperfect people,
in an imperfect world, to a new and better frontier.  His tragedies provided a vessel to empathize
with the poor and the sick, the young and the old, the north and the south, all
in the name of uniting around the belief that the future would be better than
the past.
The hard truth of the
three tragic deaths meant that the end was always near.  His father had died at forty-six; mother at
forty-eight; wife, at twenty-two.  Life, like
a candle, could be snuffed out instantly.
It was this overpowering appreciation that life was wild and precious
and fleeting, that undoubtedly propelled TR to become the youngest person to
ever be President.
Alice Roosevelt, Theodore’s
eldest child, was often surprised to find that her father - the most popular
man in America - would suddenly and silently succumb to what she termed “a
melancholic streak.”  Unprompted,
Theodore would get quiet and abruptly retreat to his inner thoughts, his mind a
thousand miles away, his body despondent.
Often, his other children would find their dad in his study staring out
the window, his eyes down, lost in his own mind.  His second wife Edith would categorize his many
lapses into sadness as another one of "his depressed conditions about the
future.”
Theodore, much like
Abraham Lincoln, went through pains to hide his melancholy from the public; a
forlorn leader was not what America wanted.
Theodore gave the masses energy and vibrancy.  But it was not easy.
On the day he was
inaugurated governor of New York he arrived at the Executive Mansion and began
shaking hands with  several thousand New
Yorkers who had lined up to meet him.
Through smiles and laughter, the mood was festive and energetic.  TR boomed with laughter.
But despite all the pomp,
and despite the fact that he was the most celebrated man in the nation’s most
influential state, Theodore quickly grew quiet when he left the cheering
crowds. His intimates had come to expect this.
After walking into the executive mansion for the very first time as
Governor, he leaned in to longtime friend Fanny Parsons.  Eyes downtrodden and sad, he whispered that
he had “shot his last bolt.”  It was only
if he could find a way to leave his children “a legacy of work well done,” would
he find happiness.
In Theodore’s melancholic mind,
he was already forecasting a sorrowful end to his political career, just minutes
after he was sworn in as Governor. The proclamation that he “shot his last bolt”
is particularly peculiar considering four of the previous six US Presidential
elections had included a Governor from New York and Roosevelt was only forty-one
years old at the time.
“I have known sorrow too
bitter and joy too keen to allow me to become either cast down or elated for
more than a very brief period over success or defeat,” Theodore explained.
Theodore Roosevelt
embraced the fragility of life.  He never
gloated in victory and had the strength to persevere in trial and defeat.  He just endured it all, striving to lead
American’s to a better frontier, together, as one.  This steadfast determination was shaped by his
crucible moments of suffering.
Perhaps we can learn from
a leader who internalized empathy - a man who promoted community in times of
sadness as well as joy? Perhaps, then, we should revisit the importance of
internal empathy, and not outwardly charisma, as a potential hallmark of true
leadership?
After all, it was Roosevelt’s
empathy that made him a leader of consequence. 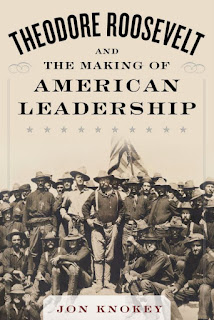 Jon
Knokey is the author of Theodore Roosevelt and the Making of American Leadership, a riveting book exploring the leadership journey of the 26th
President.
Jon is a former NCAA quarterback for Montana State University. He holds
a Masters in Business Administration from Dartmouth College and a Masters in
Public Administration from Harvard University. Jon was a Vice President for a start-up software company before joining
the MBA executive leadership programs at General Electric and then at John
Deere. His career has focused on leadership and management at the intersection
of business and government. He and his wife have two young daughters. Find out
more at: http://www.makingofamericanleadership.com/
« Why Hippies Make Great Business Leaders
10 Ways to Kill Off Your Star Employees »
AFTER ENTRY