One of the main reasons why women don’t thrive in business as much as men is because work organisations still rely on masculine standards, including in leadership. Long working hours and face time were designed for people without care responsibilities, which traditionally was men. And although women are no longer a minority at work, this standard is still held by most businesses as the gold standard. The leadership style that goes with this rigid way of organising work is command and control. 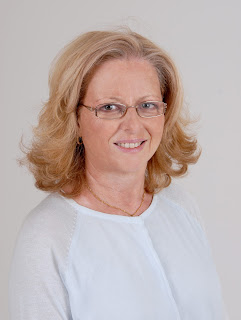 So could a more balanced feminine-masculine leadership style enhance women’s chances of success? And would more women at the top bring superior results to the business?

Let me first make a distinction between men and masculine and women and feminine. When we say masculine we automatically assume we’re talking about men, and the same is true of the feminine and women. But this is a big mistake. We have traditionally brought up boys to be masculine only and girls to be feminine only, because there used to be a clear distinction between women’s and men’s roles in society. Feminine attributes were repressed in boys to enable them to leave home and work as adult men, and masculine attributes where repressed in girls, to enable them to stay home and care for the children as adult women.

The distinction between women’s and men’s roles nowadays if far more blurred, and both sexes need the whole feminine-masculine spectrum of attributes, what is sometimes called androgyny, to maximise their ability to respond to a wider array of roles and situations. Indeed, since women’s involvement in work intensified in the 1980s, their masculine traits have been on the rise.

To make the workplace as hospitable to women’s success as it is to men’s, we need to bring in feminine standards of work and leadership, to balance the already existing masculine standards. One example of a feminine standard that would counter balance the rigid long hour standard is work flexibility, which would enhance women’s chances of pursuing a career wholeheartedly, as well as invite more men to share equally in care responsibilities, a necessary condition in levelling the playing field for women and men.

But how does a balanced feminine-masculine leadership style look like?

The essential difference between masculine and feminine styles in general is the masculine’s focus on the self and the feminine’s focus on others. Therefore, the feminine aspect of leadership would be to inspire, motivate and empower employees, and to be more their mentor than their boss. Instead of being squarely focused on profit, leaders would focus on people too and be committed to unleashing their potential, to fulfil the organisation’s goals.

This style of leadership is close to what is in known as transformational leadership. Transformational leaders establish themselves as role models, by gaining their followers’ trust and confidence. They mentor and empower their subordinates and encourage them to develop their potential in order to contribute more effectively to their organisation. This is compared with command and control style, also called transactional, which appeals to subordinates’ self-interest by establishing an exchange relationship with them.

In terms of tasks’ management, transactional leaders clarify subordinates’ responsibilities, reward them for meeting objectives and correct them when they fail. Transformational leaders on the other hand motivate their followers through a variety of mechanisms, including:

1) connecting followers’ individual identity to the collective identity of the organisation;

2) allowing followers to take greater ownership of their work; and

3) aligning followers with tasks that match their skill set to enhance their performance (see Eagly and others, in ‘Psychological Bulletin’, 2003, issue 129, pp569-591).

A study by Judge and Piccolo (in ‘The Journal of Applied Psychology’, 2004, issue 89, pp755-768) tested the relationship between leadership styles and measures of leaders’ effectiveness and found that transformational leadership was associated with greater effectiveness. Rohmann and Rowold study (in ‘Equal Opportunities International’, 2009, issue 28, pp545-560) found female leaders to be more transformational, and men more transactional leaders, and that female leaders were more effective than their male counterparts.

Lastly, a study by Kark and others (in ‘The Leadership Quarterly’, 2012, issue 23, pp620-640) looked at the relationship between managers’ perceived femininity, masculinity and androgyny (a balanced mix of femininity and masculinity) and their leadership effectiveness. Effectiveness was measured in terms of: 1) the degree to which the leadership is considered transformational, and 2) the degree to which staff identify with their leaders. They found that among both male and female leaders, androgyny was more strongly related to transformational leadership and followers’ identification with leaders than non-androgyny .

Rather than reflecting the superiority of women’s leadership style, these studies show how the presence of a more balanced feminine-masculine leadership can improve a company’s results. This is because, as stated above, female leaders tend to be more transformational and men more transactional leaders, and therefore increasing their representation in decision making leads to superior results. Also, since girls in our societies are still brought up to be considerably more feminine than boys and boys more masculine than girls, increasing women’s representation at the top is akin to balancing masculine traits and standards with more feminine traits and standard.

In aggregate, these studies strongly suggest that a balanced feminine-masculine leadership style would not only help in bringing more parity between women and men but it would also help the organisation achieve superior results.
Muna Jawhary has been addressing sex equality in a refreshingly new way that is both engaging and solution oriented. She is particularly focused on finding ways and means to achieving equality in the workplace. Prior to that, Muna had a successful career as an economist, having worked as an analyst in the City of London and as an international consultant to the UN, giving advice on economic policy in developing countries. In addition to writing and blogging, Muna regularly engages in public speaking and coaching businesses and individuals. Follow Muna twitter https://twitter.com/munajawhary.
Muna’s new book is Women and False Choice, the Truth about Sexism: How to Fight Sexism in the Workplace.