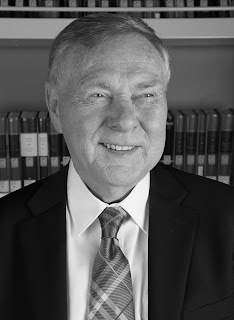 When you envision the best boss you ever
worked for, what character trait comes to mind? Determination? Integrity? Maybe
optimism? What about humility? Contrary to popular opinion, humility is not a
sign of weakness — it is discipline and strength personified.
In my more than 40 years of working at UPS
International, the values that UPS holds dear became second nature to me
and the company’s culture of “we, not me” has inspired generations of
employees to create one of the most remarkable corporations the world has ever
seen. The loyalty UPSers display towards one another, and the company brand, is
legendary. How is this possible in this day and age you might ask? It’s because
UPS’s leaders are humble and servant-minded. There exists a knowledge of
accountability to others, and to the entire organization, that many companies
simply don’t have because their leaders are more focused on themselves than
their people.
Humility is the character trait that enables
us to win the hearts of our team members and build a truly high performance
team. In many opinion polls, integrity is often the stated as the highest
valued trait.  And while it is a
necessary one to have, a humble person who shows genuine concern for the
welfare of their team members is far more likely to gain their unbridled
support.
The problem with the virtue of humility is
that as soon as you think you have attained it, you have probably lost it. For most,
the battle with pride is a difficult one that is fought daily, but cultivating
a humble spirit is essential if to becoming a truly great leader.
A humble leader won’t flaunt their position
or power. At UPS, it is common for a car washer or delivery driver to be on a
first name basis with the CEO and our other corporate executives. The company
has a level of mutual respect, even admiration, for everyone in the
organization. This translates into trust, and trust is the cornerstone of great
teams.
Servant
leaders are rare, but everyone has it within them to become one by honestly
assessing their motives and getting their heart right. A humble leader doesn’t
grab for power or a position, rather their influence increases when they serve
others first.
Ron Wallace is the
author of Leadership
Lessons from a UPS Driver: Delivering a Culture of We, Not Me. Over a career of nearly 40
years, Wallace went from a UPS driver to the president of UPS International,
where he was responsible for the operations of UPS in more than 200 countries
and led more than 60,000 employees. Now retired, he continues to serve on
numerous boards and foundations, owns several businesses and real estate
developments and is the author of several books.
For more
information about Wallace and Leadership Lessons
from a UPS Driver please visit, www.leadershiplessonsbyronwallace.com.