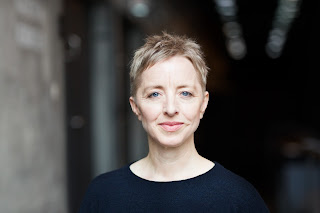 The next time you are listening to someone during a difficult
conversation or conflict and you are tempted to make a suggestion—don’t. Instead of making a suggestion, bring your attention back to
what they are saying and why. Listen for what’s important, even if you think
you already know.

If you feel compelled to respond while you are listening, try asking
questions that help the other person unfold their story. Avoid saying things
like: “Well, you need to…”, or “What if you just…”, or “It sounds like the
problem is…”. Instead, try asking questions that look for more information,
like: “What’s the most important thing to you in this?”, or “How has this
affected you?”.
Whether with a colleague, a partner or a stranger, it’s obvious
that listening is useful in communication. But often in the stress of a
difficult conversation or conflict we don’t really listen. Even when we think we are listening,
we are often caught up in getting ready to, or making, a suggestion.
Listening
and making suggestions are two different actions. Each of these actions leads
us in a different direction and tends to provoke different outcomes in
conflict.
I have found that the principle: “When listening, avoid making
suggestions”, often initially strikes people as odd. They say, “If I have a
good idea, why shouldn’t I say it?”, or, “Just because I have a suggestion, it
doesn’t mean I’m not listening.”

There are
times when it is important for us to offer our ideas, but there are many more
times when the act of making a suggestion too early in the conversation can blind
us to other options and get in the way of really hearing the information that the other person
is trying to give us.

It can be very tempting to make suggestions when time is short
or we feel uncomfortable in the pressure of a conversation. The urge to say
what you think the problem is or which action the other person should choose
can be strong. However, what I have seen over and over, is that once people
decide to stop making suggestions for a while—to stop telling other people what
to do—they are often shocked by how little they had really been listening. They
are often equally surprised and delighted by how radically relationships can
improve and how beneficial the outcomes in conflicts can be when they listen
first and look for solutions later.
Here’s two reasons why differentiating between the action of
listening and the action of making suggestions matters:
1. Your
story is not their story.

Making suggestions is about your point of view. Listening is
about the other person’s point of view. One of the most basic things that
people need in a conflict is to be heard. When we move from the action of
listening to the action of making a suggestion, we’re changing the focus of the
conversation from their point of view to our own point of view. If this change
in focus happens too early in the dialogue, people often feel their story
hasn’t been heard. It then becomes more difficult for them to listen to the
rest of the stories in the conflict.

2. Solutions
that don’t meet the needs of both sides usually fail.

Whether we like it or not, in a conflict we need the other
person’s story to be able to understand what is important and what kind of
solution might be possible and effective.

Listening is about allowing the landscape that you are both
traversing to become more visible, which makes it more possible to find a
pathway through it. Listening is a form of map-building.

Offering a suggestion, on the other hand, is an attempt to find
a solution. It is a proposed pathway. But, if we don’t have a good map of the
landscape, we can’t know which path will get us where we want to go.
Often it’s tempting to try to find solutions as soon as
possible, because conflict can be uncomfortable. But, if we do jump into a
solution too early, before we really know what’s happening and what’s important
to people, then we are much less likely to find a solution that meets the needs
of the situation– one that works and will last.
So, the challenge: in the next difficult conversation you
encounter, stop making suggestions for a while and see what happens. Develop an
investigatory mindset and find out what really matters in the situation. Build
detailed maps with people, even when you disagree, to see where you are and
where you both want to go. Once you have this common ground, ideas and
suggestions from both sides can be more easily heard and become useful in
helping to find an effective pathway through the conflict.

Dana
Caspersen is
the author of Changing the Conversation: The 17Principles of Conflict Resolution (Penguin, 2015), and works internationally as a conflict specialist,
public dialogue designer, speaker and award-winning performing artist. Dana
holds a master’s degree in Conflict Studies and Mediation and her focus is on
helping individuals and communities develop their ability to see conflict as a
place of possibility and the skills to make those possibilities become reality.
Learn more about her work, talks, videos and events at danacaspersen.com