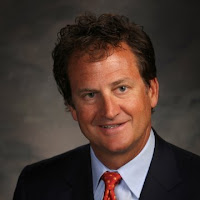 To understand
the challenges of humor in business organizations, it may help to look at the
Ivy League. Dartmouth College, the League’s historically most fun school, is
suffering from a serious lack of humor. Recently, a fraternity advertised a Cinco de Mayo party featuring margaritas
and other typical features of the Americanized holiday. But one female student
of Hispanic heritage complained that the event was offensive to Hispanics. The
fraternity immediately cancelled the event, lest it offend anyone. The losers
were the students who would have enjoyed the fun, as well as the local charity
that benefitted from the event—because one woman was offended.
Are we becoming
a society where any minority group can veto anything it deems offensive?
Political
correctness, often embodied in ‘legal correctness,’ is choking America,
especially businesses. While companies seek to create jobs, customer benefits,
wealth and community prosperity, forces within have become the “thought police,”
particularly human resources and legal.
Humor and fun
are really important in business, much to the chagrin of human resources
professionals and corporate lawyers. They are critical for two vital reasons:
1. Companies
with happy employees perform far, far better than those with miserable staff;
and
2. Culture is a
powerful competitive weapon, and cultures of warmth and fun are really tough to
replicate and beat.
On the first
point, people need look no further than restaurants and airlines. It’s not hard
to find the ones with happy employees. Southwest Airlines is a great example;
flight attendants and pilots joke all the time. They enjoy their jobs and the
customers. Delta has become more this way too. Contrast this with virtually all
other American airlines, whose people sport grim looks and often act irritably
with customers. Which airlines perform the best? Southwest and increasingly,
Delta. In the restaurant world, who wants grumpy waiters? You can always tell
which places have the happiest people, and they seem to thrive.
Maybe a little
humor and fun would be a good investment?
On the other
hand, culture is a critical competitive weapon for business. Products and
services can usually be replicated easily, but culture not so. When I was running
a successful business with a powerful, fun culture, I used to say, “Let our
competitors see our strategy. They can’t reproduce our culture, no matter how
hard they try, and our culture makes our success happen.” It was true. Fifteen
years later, the business is far more profitable than its larger peers, and the
team is still having fun.
Granted, fun
and humor are not essential to every culture, but they usually go with high
energy, attracting people and big aspirations.
Instead of
having thought police, like human resource departments who act like cranky
school marms, companies should embrace fun and humor.  They should realize that liability and
lawsuits are a risk, sure, but they represent a miniscule amount of the value
created by having an engaged workforce and a powerful, attractive culture. To
destroy fun in the workplace to avoid liability is throwing the baby out with
the bathwater, as they say.
Sure, there
should be limits: jokes that poke fun of race, religion, gender and sexual
orientation are generally not appropriate. But does humor need to be based on
these type of jokes? There are many funny shows on TV, and much of the humor is
not derogatory towards protected classes.
So laugh a
little; don’t be a Buzz Kill. Your people, your customers and your business
will love it.
About the author

William
Goodspeed held several senior executive positions in various industries and
companies. While working for large companies, he kept his passion of observing
behavior. He launched his writing career with, “The Point,” a seasonal
Northwestern Michigan parody newspaper with 125 unpaid subscribers. His latest
book is “BuzzKill”, available on Amazon, Barnes & Noble and Balboa Press online
bookstores.
A former
resident of Charlotte, N.C., he currently lives in Maine and Michigan with his
wife, Jen.