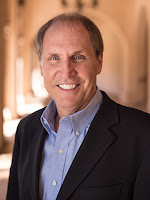 Warren
Bennis, acclaimed scholar, author and advisor to corporation presidents said
“Leadership is the capacity to translate vision into reality.” Well
expressed, but it’s easier said than done. What’s needed are practical steps to develop a
communicable vision coupled with practical
steps to achieve employee buy in.
Notice
that I emphasized the word practical, because unless the leader’s vision is
easy to understand, believable and clearly stated, even the most imaginative
vision will become just another page in the employee manual gathering dust.
Let’s
first define “billboard effect” and how it translates into developing
a workable vision that achieves employee buy-in. A billboard is the visual
image of the leader’s vision. In few but meaningful words it paints a picture
of what the company and its people stand for and what it wants to achieve. It
is future oriented and describes where the company expects to be tomorrow and
from there onward.
Next,
let’s examine steps in developing the vision, then steps in getting the
organization’s people to buy into that vision.
Developing the Vision
§  Highly
effective leaders have big ideas. Small ideas are okay, but they’re not
transformative. Big ideas help companies and employees face the challenges of
tomorrow. This is no better expressed than Robert Kennedy quoting George
Bernard Shaw: “Some men see things as they are
and say, ‘Why?’ I dream of things that never were, and say, ‘Why not?’ ”
Companies with leaders who have the imagination and drive to adopt big ideas
are the Apples, Googles and Ubers of tomorrow. Those big ideas are nurtured by leaders who make astute
observations of their companies and their industries, and then reflect and
decide what visions need to be in place to handle tomorrow’s problems and
opportunities.
§  Reflection
is the stimulus that leads to big ideas, but leaders know that clear and
careful expression of their visions must be committed to writing. The process
of writing clarifies visions such that they can be robustly expressed in words
that command the organization’s attention.
§   With the visions now distinctly articulated,
leaders can construct and post billboards throughout the organization and
express their visions during talks with members of the organization. These billboards,
reduced to clear maxims, concisely reflect those visions. For example,
“Our company will take whatever measures needed to assure that product quality
satisfies our customers, or we will return their money without question.”
That is both clear and unambiguous. And it sets the stage for transformation of
the organization to achieve that vision.
§  Leaders
should be prepared to tweak, modify, and even change vision statements when
those visions aren’t producing expected results. When it comes to vision
nothing is set in stone. The mark of a highly effective leader is the
willingness to forgo ego and do what is right for the organization. The best of
leaders prepare alternate plans.
Buying Into the Vision
§  I would
argue that the very first prerequisite for
employee buy in is to simply listen to what employees think and say about their
jobs and the company’s direction. Keeping an open ear is crucial. And don’t get
distracted by their complaints. Remember that engaged employees, those who
really care about the company, expose many of the organization’s problems and
lost opportunities through
complaints. This is a great chance for leaders to make positive changes based
on worthwhile employee suggestions.
§   I would become suspicious if employees don’t
gripe. That means their voices are being throttled, and that is the absolute
worst situation of all.
§  Employees
need positive reinforcement. They won’t buy into a faulty vision, one that is
not productive. That implies going beyond the stage of encouraging them to
speak freely. It means measuring how successful the company’s vision is
working. Take the quality example mentioned before. How are employees (or
managers for that matter) going to know how successful their efforts are
without measureable feedback? That means providing them with yardsticks of performance.
It entails, in this example, weekly or monthly reports on rejects, scrap,
customer complaints and customer returns, with as much data as possible
reflecting individual employee performance.
§  Additionally,
to combat what I call “vision tedium,” employees need to know how
effective the company has been pursuing its vision long-term. Quarterly and
annual postings will tell the tale along with periodic meetings with employee
groups.
§  Leaders
should put in place a follow-up procedure (possibly an annual review) because
employee buy in of vision is not a one-time event. Constant follow-up is
required to assure that employees remain engaged, informed and responsive to
emerging problems. One of the difficulties of either a mature or growing
organization is that leaders stop emphasizing company priorities and changes in
priorities. They may delegate vision just as they delegate tasks, but the two
are not equal. Vision remains both the prerogative and responsibility of
organization leaders.

Jeff
Wolf is the
author of Seven Disciplines of a Leader and founder and president of Wolf Management Consultants, LLC, a premier global
consulting firm that specializes in helping people, teams and organizations achieve
maximum effectiveness. Wolf also blogs at Jeff Wolf on Leadership.