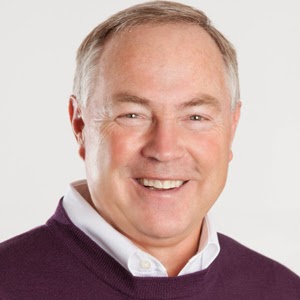 As I have
labored in industry for 40
years, I have worked for some remarkable leaders from Eric Schmidt to Ray Noorda.
I have also observed up close and personal the leadership styles of Steve
Jobs, Bill Gates, Steve Wozniak, Scott McNealy, Mitt
Romney and a number of others.  Here are three ways I have seen leadership demonstrated
powerfully- the type of leadership that gets results.  A great leader
has:
1. Compassion
2. Transparency
3. With
Great People Surrounding Them
COMPASSION:
The
art of leadership begins and ends with true compassion. The greatest leaders for
whom I have worked showed
true caring and concern for their employees. Breaking down the walls between "management and the
average employees take thought and skill. At Hirevue, we call our employees our team members. That's from top to bottom. We want everyone feeling valued in the organization. When people feel valued, a feeling of
trust infuses itself throughout an
organization. And when trust exists, business
accelerates.  People aren't wondering if they are going to be fired. Instead, they are trying to find ways to advance the organization. According to one study done several years ago in Australia, 77 companies were studied and
researchers saw a direct correlation between compassion and productivity. Compassion separates the good leader from the great leader. Mark
Newman, the current CEO of Hirevue, never misses flowers on executive assistant's day;
notes of caring when someone loses a loved one or making sure everyone in the organization feels cared for.
TRANSPARENCY:
Another way to break down walls and
engender trust is by being
transparent.  Let
them know what the board of directors is saying. Let them know about your financial goals.  Ray Noorda, the father
of computer networking, demonstrated this every day, every week, every month. He would hold a regular global monthly
meeting known affectionately as "ray's members' meeting."  The PowerPoint would be pulled up and a
careful discussion of the company's goals and our
failure to reach those goals or our achievement thereof was regularly scrutinized.  Then the meeting was open up to questions. That was the longest part of each monthly
meeting and probably the most
useful. There was a clear
transparency on the numbers as well as on ray's
answers to questions.
SURROUND YOURSELF WITH GREATNESS
I have a dear friend who played in the NFL for a number of years -
Chad Lewis.  Chad
wrote a book with this exact
title. It really resonates. Prior to becoming a CEO myself, the title of chief executive
officer held some form of mystical
power. You would think that the CEO was the incarnated aggregation of every great quality and skill set. What I
discovered when I became a CEO is that all CEO's have their faults, their downsides, and blindspots. The great
CEO's are those who
surround themselves with great people who can augment and supplement where needed. I have
observed Bill Gates’ management style for years- a couple of times up close and
personal but mostly from
afar.  We batted head to head in the marketplace
with Novell and
Microsoft.  But what I always admired about Bill was the quality of people he hired.  They
were smart with a capital S.
David
Bradford,
“The Bottlecap Kid”, is Executive Chairman and former CEO of HireVue, former
CEO of Fusion-io, and a member of the Utah Technology Council Hall of Fame.
David is known for accelerating the growth and performance of game-changing
organizations by utilizing his “UP Principles” which he outlines in his new book,
UP YOUR GAME: 6 Timeless Principles for Networking Your Way to the Top.
His last two companies, HireVue and Fusion-io are two of the fastest growing
tech businesses in the U.S. Learn more about David and UP YOUR GAME at DavidBradford.com.
« 70 Awesome Coaching Questions Using the GROW Model
Learning from your Worst Bosses »
AFTER ENTRY