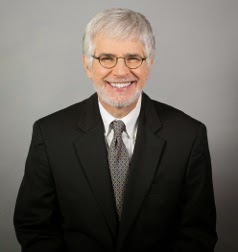 The
recent executive shakeups at Microsoft have talking heads everywhere
speculating on the legacy of Bill Gates, who has stepped down as chair of the
company and is taking up the role of technology advisor to Microsoft’s new CEO,
Satya Nadella. Many are also wondering about the legacy of the recently retired
CEO Steve Ballmer, who remains a director of the company, to say nothing of the
eventual legacy of Nadella.

But
how useful is it for you to focus on this chatter? As a leader in your own
right, you’d surely be better served by focusing your energy and effort on building
your own legacy. Creating your personal legacy can be a unique planning and
development tool as you go about your day-to-day life, with its innumerable
thoughts, actions, commitments, and decisions,

In
a recent blog post “Live and Lead Without Regrets,” leadership consultant Lolly Daskal, founder of Lead from Within, contends that leaders in particular must
spend their time doing what matters most. “Commit RIGHT NOW,” she writes, “to
make the most of your moments, and to begin building a life that is free of
regret and reflects how you want to be remembered.” Hear, hear.

Starting
today, build your legacy in the here and now. Here are four ways to get going:

1. Think existentially. Peter Drucker, the legendary
father of modern management, who died in 2005 at age 95, recommended periodically
asking yourself: What do I want to be remembered for? This way, you can keep
moving toward more and different possibilities, toward a larger sense of
yourself. Likewise, it can help you discover what you want to put into life and
what you want to get out of it. Uber-entrepreneur Richard Branson, founder of the
Virgin Group, answered a question about his desired legacy this way: “To have
created one of the most respected companies in the world. Not necessarily the
biggest.”

2. Live in more than one
world. Billie
Jean King transformed women’s tennis during her era as a player. She is also cofounder
of the revolutionary Mylan World TeamTennis league and in 2008 was appointed as
a global mentor for gender equality by the United Nations Educational,
Scientific and Cultural Organization (UNESCO). Similarly, Bill Gates’ accomplishments
go well beyond Microsoft. He’s renowned for his philanthropic work through the
Bill & Melinda Gates Foundation, which tackles major problems in critical areas
such as global health and education.

3. Seek to change people’s lives for the better. Musician Bono has achieved lasting fame as the front
man of the Dublin-based rock band U2. He’s also a tireless, triumphant activist
for far-reaching global issues, including poverty, hunger, and HIV/AIDS. He’s
even been nominated for the Nobel Peace Prize. Angelina Jolie is not only a
superstar actress but also an acclaimed humanitarian, having served as a
special envoy for UNHCR, the United Nations refugee agency. Last year, the Academy
of Motion Picture Arts and Sciences recognized Jolie with the prestigious Jean
Hersholt Humanitarian Award.

4. Just do it. As the great Chinese philosopher Lao Tzu said, “The
journey of a thousand miles begins beneath one’s feet.” So get started right
here, right now. And bear in mind that big things often start small. Consider
the stories of these three power players:

A legacy is too important to be left to fate or chance. Use these four strategies
to start building yours in the here and now—today.

Bruce Rosenstein is a
leading management writer and speaker. A former researcher and writer for USA
Today, he is managing editor of Leader
to Leader and author of Create Your
Future the Peter Drucker Way
(McGraw-Hill) and Living in More Than One World (Berrett-Koehler). For more information, visit brucerosenstein.com.