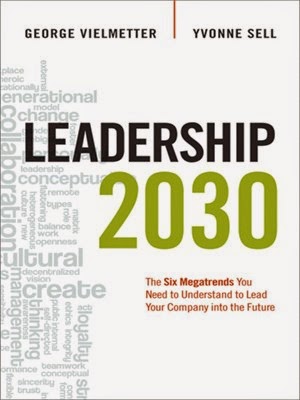 In “Leadership
2030: The six megatrends you need to understand to lead your company into the
future,” we outline the repercussions of the convergence of globalization
2.0, the environmental crisis, increased individualism and value pluralism,
digitization, demographic change and technological convergence.

As these six megatrends develop in parallel, each
feeds on and intensifies the others. The meaning of leadership is changing, as
are the skills it requires. In this new era, old work
clichés will no longer apply, and new ones will evolve in their places.

It’s no longer lonely at the top 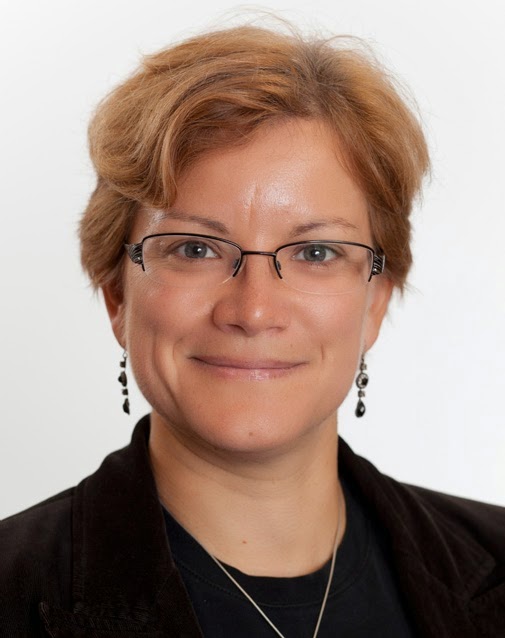 The world has grown too
complex for a single person to lead through it, and leadership can no longer be considered an individual effort. Growing individualism is diversifying
stakeholders and shifting power away from leaders to employees. Further, an era of simultaneous
global expansion and company consolidation is necessitating that leaders work
alongside competitors, not against them.
In the era of big collaboration, the
ethicization of business, and the complexity that comes with globalization 2.0,
the top should be a crowded place. Leadership is, after all, a social practice,
and 2030 leaders will recognize this.

The financial market already
recognizes it: In an academic study of 30 public companies that announced co-CEO arrangements,
the average stock return that could be attributed to the announcement was 2.58
percent. It’s not just co-CEO structures like those at Whole Foods and Chipotle
that are getting attention: In late 2013, Zappos
announced that it was abandoning hierarchy for “holacracy,” a flat structure without
titles where leadership responsibilities ebb and flow among employees.
As stakeholders proliferate and new working practices erode leaders’
positional power and authority, we’ll see an increased
need for leaders at all levels to engage with stakeholders and put customers
and others at the heart of decisions. Doing so means not making decisions in
isolation, and certainly not grabbing the spotlight. Great leaders will need to be great
collaborators, guiding teams and companies forward by providing a long-term
vision, creating group harmony, achieving consensus and generating new ideas.
In this new era, leadership will
fluctuate – employees and executives may find themselves leaders in one
context, and followers in another. Indeed, Hay Group research has repeatedly
noted that the best
companies for leadership develop leaders at all levels.

It’s no longer lonely at the top. It can’t be. Going forward,
it’ll be networks that get you noticed.

To
be agile, leaders must accept new technologies they do not always understand
and cannot control. The fastest-growing Twitter demographic, for example, is 55 to 64 years old, and the commercial value of
nanotechnologies, bitcoin and data automation must be weighed even as
executives are learning exactly what it is they’re putting on the scale. Though
they may lack digital and technological expertise, executives will need to
acquire digital and technological wisdom.

As technologies converge, entire disciplines will have
to work together in new ways. Scientific convergence and big collaboration may create a new kind of
‘organizational convergence.’ Leaders will have to go much farther than their
usual efforts to break down silos and create collaborative platforms, and they will
be called on to manage vast knowledge pools and coordinate the skills of
experts from myriad fields.

This demand for agility and adaptability – to “learn it or lose it” –
will require humility and inner strength, especially for old dogs: Ego
maturity, intellectual security and emotional openness will be hallmarks of
“altrocentric” 2030 leaders who put others’ needs first. Egocentric
personalities who cannot shift their mindsets – the dogs
that don’t learn – will be left by the proverbial road side.

Being feared is the last thing the leaders
of 2030 should be. “Inc. Magazine” named democratization of the workplace a 2014
business trend to watch, and when people have
the power, they are less willing to tolerate coercive leaders who follow
Machiavelli’s 16th-century mantra. This is especially relevant now
that the war for
talent has become a global competition: Hay Group estimates that two-fifths of
the global workforce plan to leave their jobs
within five years.

Nor is being
loved an appropriate goal, though old-style egocentric executives may seek love
as often as they seek fear to feed their own narcissism. Love can also hint
that not all stakeholder viewpoints – many of which are conflicting – are
receiving due attention.

Rather than
aiming for love or fear, the emotionally mature, altrocentric leader who puts
others’ needs first strives instead for developing shared
meaning, an understanding of purpose, and strong values. Leadership, then,
becomes about trust – both earning it and exercising it.

Future leaders recognize that to sow trust
is to reap loyalty, to play a proverb into a new cliché. But trust cannot be
demanded – few statements are so perverse as the “trust me!” declared without
context or supportive action to an audience of strangers. Altrocentric leaders
understand the need to take the first step by trusting others to deliver. They are willing and able
to delegate authority, creating the conditions for others to act with purpose
and meaning within clear boundaries that create direction and set necessary
limits. This “bounded autonomy” is both the greatest weapon in the war for
talent and the greatest accelerant of strategy and innovation.

What other
leadership clichés do you see falling by the wayside as our world grows smaller and faster?

Georg
Vielmetter, Ph.D., is the European regional director of Hay Group’s Leadership and Talent practice, where he works with executives
and top teams on leadership transformation at both the organizational and the
employee level. Reach him at Georg.Vielmetter@haygroup.com or @GVielmetter. Yvonne Sell, Ph.D., is Hay
Group’s Director of Leadership and Talent for the United Kingdom and Ireland.
She researches emotional intelligence and has considerable experience helping
leaders improve results by implementing competency systems and creating processes
to identify, manage and develop talent. Reach her at Yvonne.Sell@haygroup.com.