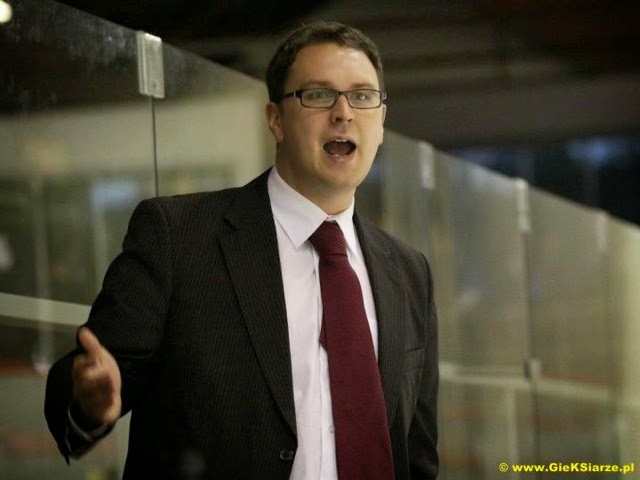 I’ve been coaching elite athletes and
soldiers for the more than a decade now, and recently I learned a lesson about
false positives. I’d like to give you four tips to serve your team with
honesty, even when it’s uncomfortable.
For two years I worked with a professional
ice hockey club in Europe. In my first year with the club we won a championship
and everyone really believed that every player gave their all to win. In my
second year we had a new head coach in the club who wasn’t getting the best out
of all the players. One player in particular came to me angry one evening after
the coach had just praised him for doing a “great job” in the practice and last
game. Frustrated, the player stormed into my office and said “this is the only coach I’ve ever had who
can make me feel terrible when he’s giving me compliments.” Surprised by
his comment I asked him to explain. He went on to tell me that he knew if he
compared his performance this season, to last season, he was far below what he
expected of himself. He knew that he was making mistakes and could be playing
better, but the coach kept telling him what a great job he was doing. Every
time the coach told him this he felt like the coach had given up on him, and
that he couldn’t be any better. He felt demoralized and like he couldn’t trust
the coach.
How often do we have members of our team
that we say “good job” too, even though we know they could be doing better? Did
you know you could be doing more harm then good by not pointing out their shortcomings?
Here are four tips to build up your team without giving them false positives.
1)  Don’t shy away from conflict or awkward conversations. Sometimes our success in life is based on the number of
uncomfortable or awkward conversations we’re willing to have. Maybe a team
member isn’t performing to their ability or the standard you expect. You need
to talk to them.
2)   Be Clear. Unclear is unkind. Don’t use
phrases like “You can do better” or “c’mon you’re better than that.” Give them
real, concrete examples. In the scenario of an athlete I could say, “you need
to do a better job not losing possession of the puck in the neutral zone.” Or
in an office setting you could say “you’re not putting enough effort into
following up with customers to make sure they’re happy.” Give them clear
advice.
3)   Be compassionate. Most times your
employee will know that they aren’t living up to their own expectations.
Yelling and shouting at them won’t help them. Ask them why they aren’t performing. Ask them questions about their personal
lives, and be genuinely interested in the answers they give. Maybe there are
issues happening at home that are affecting their performance. Don’t let them
get away with excuses, but be compassionate to their situations.
4)   Follow up. Don’t just have a five minute
meeting and expect the changes to happen over-night. Look carefully for small,
measurable improvements, and let the team member know they’re moving in the
right direction. Meet again and show them things they have (or haven’t) done to
change their performance, and then help them keep taking steps forward.

By just telling everyone they did a good
job, the team will eventually stop listening. Make your positive feedback
positive, and make your negative feedback constructive. Build a team of people
who want to win, and who are going to perform at their highest level possible.
Are you getting the best from the people you lead?

David
Small is the author of the bestselling book The
Wandering Leader. In this book David explains how leaders don’t need to be
perfect, but they should get things done. He focuses on seven areas of
leadership that everyone can grow in; career, financial, social, physical,
spiritual, intellectual, and family. David has been a professional ice hockey
coach for over a decade and is an officer in the army reserves. David has guest
lectured and been a keynote speaker at leadership events around the globe.

« T.O.I.L.E.T. Training™ -- a breakthrough system to improve workplace learning
17 Ways to Teach Managers how to Coach »
AFTER ENTRY