In more than fifty years of leadership practice and observation, the finest 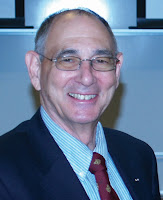 leader that I have ever met was General Ron Fogleman, former Chief of Staff of the United States Air Force. General Fogleman was one heck of a leader in battle, as a staff officer, and since he retired from the Air Force, as a board member and consultant with a number of important organizations. One of General Fogelman’s famous sayings was “You can always tell the leader, he’s the one that gets things done.”

Some observers think that an effective leader means simply giving orders and ensuring that they are obeyed. That may be when time is short. If you are doctor heading up a surgical team when someone is about to cut in the wrong place or a driving instructor when a student is about turn into a one-way street going the wrong way, you had better give an order and take immediate action. But in many other situations that isn’t what is needed.

Peter Drucker, the “father of modern management” had a favorite leadership book. He said that though it was written more than 2000 years earlier and was the first book systematic book on leadership, it was still the best. The book has many titles in modern English. Perhaps the most popular is “The Education of Cyrus the Great.” The book was one of several written by the Greek general, Xenophon. Cyrus the Great of Persia lived a couple hundred years earlier, so I think Xenophon used Cyrus the Great as a metaphor much like Dr. Wes Roberts did with his book Leadership Secrets of Attila the Hun. Xenophon wrote “leadership secrets” in his book, too. In one instance he reported that Cyrus’ father Cambyses I asked the teenage Cyrus. “What’s the best way to ensure obedience from your subordinates?”

Cyrus answered, “Father I think it is to reward those who obey and to punish those who do not.”

Cambyses responded that this “carrot and stick” method would work, but not all the time and would frequently fail when the reward was insufficient to overcome fear when the order given might risk death or severe injury. Cambyses told the future Persian king of a method that would work, even when severe risks were involved. This was to always look after his subordinates better than they could or would look after themselves. This was an element of today’s servant leadership concept. No wonder this was Drucker’s favorite leadership book! It may have encompassed old-fashion leadership ideas from 2000 years ago, but these modern ideas are the same in different clothing. This one reflects the fact that the leader is the one who gets things done regardless, including putting others’ needs first, ahead of the leader.

Was Drucker One who Got Things Done?
Drucker was only 28 when he came to the U.S. after having first fled Germany to England to escape Hitler and only 33 when WW II began. Possessing both a doctorate and a legal degree, he was soon mobilized and ordered to report to an army colonel as a “management consultant.” The problem was, no one knew what a management consultant did.

Drucker consulted a dictionary. The term “management consultant” wasn’t listed. He went to a bookstore seeking a book on the subject. There were only a couple books on the shelves about management, and none of them contained the words management consultant. A library also failed to provide a definition. No one he knew was of any help, including a business professor he knew at a local university. So Drucker reported to the colonel with some trepidation, since he had no idea what the title he had been given meant, or what he was supposed to do for his new boss and the war effort.

Drucker Meets “The Man”
Escorted to the presence of the colonel by an armed soldier did not ease his distress. The colonel welcomed him and invited him to be seated. He began by asking Drucker questions about getting settled in the United States and the friendliness of Americans. Drucker hoped that eventually he would get to the subject and explain his new job and its strange title.

Drucker was reluctant to be the one who got things done in this instance. After all, the colonel was older, wiser, and more experienced. Also the colonel was in uniform and Drucker was not only an immigrant with a distinct Viennese accent from a country, now part of Germany, with which the U.S. was at war, but he had come from a dictatorship in which uniformed men gave the orders and were obeyed . . . or else. It was not for him to take the lead in defining his new job.

However, making no progress, Drucker could take it no more. Risking everything and controlling his fear, he looked the colonel in the eye and asked respectfully: “Please sir, can you tell me what a management consultant does?”

The colonel looked at him sternly and responded: “Young man, don’t be impertinent!”

Drucker told me, “By this statement I understood that the colonel didn’t know what a management consultant was either. So I explained what I thought I could do for him and his organization. He agreed 100% and asked me how we should proceed. I explained my ideas which he immediately accepted. It was my first experience as a management consultant and helped me when I had to do deal with others in high office in the government, corporations, and academia.”

Others of Drucker’s age, status, ability, and education might have said nothing. The meeting would have been unproductive, as so many meetings are. Of course eventually the colonel would have discovered what a management consultant was supposed to do or would have made some decisions as to what he wanted done. Drucker had once again confirmed General Fogleman’s assertion of almost fifty years later: that the leader is the one who gets things done, even if it meant leading his boss. In doing this Drucker not only became a great thinker and writer, but a demonstrated leader in his field and a world famous management consultant.

About the author:
Dr. Bill Cohen is the president of the California Institute of Advanced Management (CIAM), a new graduate school based on concepts taught by his professor, Peter F. Drucker. Cohen, a retired major general from the United States Air Force, is the author of fifty-four books, published in 23 languages and. His latest book is

The Practical Drucker, published by AMACOM. You can reach him or learn more about CIAM at www.gociam.org .