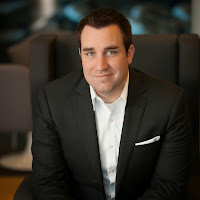 In
the early 1900s, Navy officer William S Sims had uncovered a better way for
sailors to fire mounted guns at targets at sea. The system, originally
developed by a British officer and shared with Sims, required reworking some
machinery around the weapon and retraining sailors on how to fire the weapon.
After the rework was done, however, Sims saw the accuracy of his sailors during
target practice increased dramatically. Sims did what any loyal member of an
organization would do, he reported it up to his superiors….and then watched it
die.
Undaunted,
Sims continued to send reports upward toward his superiors claiming the merits
of his newly developed system. Each time the response was rejection. His
superiors first ignored his claims and eventually tried to prove Sims’ claims
as false. Finally, on his thirteenth
attempt to get his ideas implemented, Sims petitioned the President of the
United States, Theodore Roosevelt. Roosevelt read Sims report and immediately
called him to Washington, where Sims was promoted inspector of target practice
for the entire Navy – likely to the dismay of the superior officers who
rejected his ideas.
Sims’
experience is unfortunately not unique. History is filled with tales of people
developing great ideas, only to be rejected by their superiors. Kodak invented
the digital camera and never marketed it because executives saw it as a lower
quality competitor to film. Xerox invented the personal computer but handed it
off to Apple and Microsoft because the senior leaders didn’t understand how it
fit into a business model built around making photocopies. Great ideas get
rejected all the time.
There’s
some psychological evidence behind why this happens. For any idea to be truly
great, a breakthrough innovation, it usually has to be both novel and useful.
It has to be something untried before, and something practical. The problem
arises because our brains use the status quo and our knowledge of old ideas, to
judge the practicality of the new idea. Sometimes we can do this but most of
the time, and especially in uncertain environments like business, we have a
hard time separating the two and so we default to favoring the practical. In an
organization, a hierarchy with levels of people who each suffer from the same
bias against creative ideas, the effect can be devastating. For a great idea
like Sims’ to be implemented, it has to move up the entire hierarchy. If a
biased executive at any level says no, the whole idea dies. At the same time,
however, organizations are withering because they can’t implement new
innovative ideas fast enough.
The
most common strategy is to encourage people to develop more ideas. We train
people on creative thinking techniques or bring in consultants to develop the
ideas for us. However, unless we resolve our inherent bias against creative
ideas, no amount of additional creativity will help us. It doesn’t matter how
many ideas are floating around an organization if leaders can find and
implement them. Innovation isn’t a problem of generating new ideas; it’s a
problem of recognizing the ones you already have.
How
are you planning to find great ideas? How can you overcome your bias?
About the author:
David
is the author of The Myths of Creativity: The Truth About How
Innovative Companies and People Generate Great Ideas. He is also
founder of LDRLB
and assistant professor of management at Oral Roberts University. Find out more
about David at www.davidburkus.com.