Guest post from Lisa Demayo:
“There is only one thing that makes a dream
impossible
to achieve: the fear of failure.”
—Paulo Coelhon 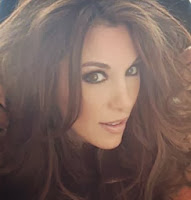 Successful people fail. And they fail with
frequency. They fail not because they’re not good enough, but because they were
brave enough to show up.

Failure is one of the most
misunderstood concepts in American culture. So often we see it as an end result.
A negative. A blemish on our records. But failure is never an ending point.
It’s a result—a mere event on the way to the final destination. You either fail
before you succeed, or you fail before you quit. But you never have to stop at failure.

What you really have to sink
your teeth into is the understanding that failure is the only way you learn.
It’s the path to leadership. And whether you realize it or not, how you choose
to confront failure will greatly determine your ability to succeed.

So, when you fail, here’s how to fail
beautifully.

In her beloved book Bird by Bird, Anne Lamott writes,

“Perfectionism is the voice
of the oppressor, the enemy of the people. It will keep you cramped and insane
your whole life . . . I think perfectionism is based on the obsessive belief
that if you run carefully enough, hitting each stepping-stone just right, you
won’t have to die. The truth is that you will die anyway and that a lot of
people who aren’t even looking at their feet are going to do a whole lot better
than you, and have a lot more fun while they’re doing it.”

Perfectionists want the
world to believe that they’re so self-aware that they can do everything
flawlessly if given the proper amount of time. But perfectionists aren’t
self-aware; they’re self-absorbed. They think everyone is looking at them all
the time, and they can’t afford to mess up.
But here’s a reality check:
people are too busy with the junk in their own heads to dwell on you or me. The
people around us aren’t keeping a running tab of when we fail and when we
succeed.
I don’t care what lies
you’ve been telling yourself, let’s say this loud and clear for the record:
It’s impossible to do things perfectly. Perfection
does not exist! No matter who you are, there will always be someone
smarter, prettier, more talented. There will always be a better time and a
better place. That’s not a bad roll of the dice; that’s reality. So stop trying
to meet everyone else’s expectations by putting on a show. Instead, take a look
at the man in the glass. Are your actions ones you can be proud of?
2. DON’T STOP SHORT.
The sad truth is most people
give up right before they’re about to achieve success, right on the one-yard
line. They choose to quit rather than power through.

Have you heard the iconic
story of the gold rush? A man in California was determined to strike it rich.
He spent months upon months prospecting for gold in the hills. He found pockets
of gold here and there, but never anything substantial. Eventually he grew
tired of the process and decided that his fortune wouldn’t be found there. It
was fruitless. So he sold his land and his tools to a new prospector and moved
on.

The new gold prospector was
a smart guy. He hired people who understood the land: an engineer, a geologist,
and a land surveyor. Together they determined the best places to dig and went
to work. With just a little effort, the new prospector struck the goldmine—only
three feet from where the previous owner had stopped.

If you want to succeed, you
have to have a long-term, big-picture focus. Our culture is saturated with
overnight success stories that teach us if it doesn’t happen quickly, it won’t
happen at all. We hear about these overnight sensations and, like the pictures
of the skinny, airbrushed models in the magazines, we’re taught that’s the
norm.

A very few people in this
world will get lucky. They’ll get it right the first time. They’ll become
famous at lightning speed. And good for them. But it does you no good to rely
on being the overnight sensation. Instead, expect to be here for the long haul.
Expect to work for it. Expect to fall flat on your face, and expect to be in
for a big education. Because failing big is learning big. And that’s what makes
you better.

And find it he did.

3. DON’T BE PHASED BY FAILURE.

Have you ever heard Sara
Blakely? At age twenty-nine, she didn’t look like someone to invest in. She’d
failed the LSAT, was hawking, of all things, fax machines, and had roughly
$5,000 in her bank account.

From a young age, her dad
taught her to fail big. Each day he’d ask her, “So, what did you fail at
today?” And according to Sara, if there were no failures he’d be disappointed.
Why? Because failure is not a final outcome. It’s a pit stop on the road to
success.

When Sara was twenty-nine.
She was headed out to a party for the night and wanted to feel a little
slimmer, so she cut the feet off of her control top pantyhose in order to wear
them under her white pants. It was a much more flattering and comfortable look,
and it dawned on her then that this was something women could actually use.

With the patent intact, she
began shopping the idea around to a number of manufacturers in North Carolina
to help her construct a sample product. According to Sara, every mill owner she
approached asked the same three questions: “And you are? And you are
representing? And you are financially backed by?” The answer to all three
questions, of course, was Sara Blakely. She was doing it all on her own.

Most owners returned her
earnest query with a quick no. She was a “nobody,” she didn’t have any
connections, and she had no investors. To them, it seemed like an obvious pass.
But Sara had something no outside investor could guess the value of: she had
courage.

So unlike most people, the
“no’s” didn’t stop Sara. They kept her going. She didn’t give up and,
inevitably, luck with a manufacturer struck when he took the product idea home
and told his daughters about it. And the girls, Sara’s ideal consumers, saw
something in the product the slew of businessmen didn’t see. They called it
what it was—brilliant— and then and there Spanx was born.

Today Sara owns 100 percent
of the company. She never took one outside investor. And Spanx is now estimated
to have annual sales of $250 million and very big profit margins. Not too
shabby.

Lisa DeMayo is a self-made
multi-millionaire. She is also a certified life, executive & leadership
coach with more than twenty years of coaching experience, and a top-level
network marketer - recognized as one of the top income earners with Isagenix.

Lisa lives in New Jersey
with her three lovely children.

To pre-order her book, ‘The
Art of Getting What You Want,’ or to learn more about Lisa’s workshops,
seminars and speaking engagements, visit her website: www.theartofgettingwhatyouwant.com/