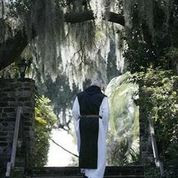 On March 31,
2000, my partners and I sold our company. Though the financial incentives were
more than generous, giving up control over an enterprise that we had patiently
built from scratch was not an easy decision. What clinched the deal for me was
the almost instant friendship I had developed with the CEO of the acquiring
company. Then, only two months into the deal, the venture capitalists that
controlled our board pushed out my friend and replaced him with a total
stranger.

A few weeks
later the former CEO flew in to see me. He was understandably upset over being
pushed out of the company he had founded, and he had a plan for getting it back
— as long as my partners and I agreed to go along. He eloquently made a case
for his business plan over that of his rival, and pointed out that an
acquisition that had been billed as a “marriage of equals” had now
clearly reduced my roll to that of a mere employee.

When he
finished, I told him that I shared his disappointment. I admitted that I didn’t
relish reporting to the new CEO: A man who struck me as a chilly technocrat and
autocratic task master. But I also told him that I could not go along with his
plan.

“Listen,”
I said, “the company can be successful with you as CEO. It can be
successful under the new CEO. What we will not survive is a protracted internal
struggle. It will kill the company.”

I argued that
it was no longer about us, our feelings, and our personal ambitions. It was
about hundreds of employees who were counting on the survival of the company to
feed their families. It was time for us both to bite the proverbial bullet and
“take one for the team.”

The former
CEO was deeply disappointed, but gradually we reestablished our relationship
and he remains one of my closest friends. One day he said, “It is
difficult to say this but you were right. I was so angry that I would’ve done
anything to get my company back. But now I clearly see that I would’ve just
hurt everybody — including myself and my family.”

In 2006 my
faith and his wisdom bore fruit. Our combined companies were sold for $150
million in cash, and he, me, and everyone else did very well . . .

For over 1000 years Trappist monks have been
building highly successful businesses based on high quality products. Since
1996 I have been frequenting Mepkin Abbey in Monck’s Corner, South Carolina for
extended periods. As a monastic guest, I live and work alongside the monks, and
as a bonus I have received a priceless education in business and leadership.
And the Trappist leadership lesson that successfully guided me through the
thorny thicket of the case study above is detachment.

A spirit of
detachment is critical to Trappist business success, but though detachment is
highly prized by Buddhist and Hindu sages as well, it is usually misunderstood.
For most of us detachment is the opposite of passionate engagement. We are far
more likely to associate detachment with that rootless “slacker” The
Dude in the movie The Great Lebowski than with the passionate drive of Steve
Jobs.

However for a
Trappist monk, the opposite of detachment is not passionate commitment. It is
identification. When, like financial Zen masters, Wall Street gurus endlessly
exhort us to “never fall in love with a stock” they are merely
warning us against the personal identification that clouds our judgment. Every
athlete must play passionately and “give 150%” to their efforts. Yet
at the same time they must always remain detached rather than identified. Why?
Because every athletic competition is governed by rules, and an athlete who
cannot give 150% while simultaneously remembering the rules will be penalized
or disqualified. The player who identifies too closely with winning at all
costs becomes a disruptive liability not only to his individual success but the
success of his whole team.

In athletics
the ability to be both passionate and detached at the same time is called
“sportsmanship.” In business it is called
“professionalism,” and according to movies like the Godfather at
least, even mobsters must cultivate enough detachment to remember that
“whacking” a rival must never cross the line into personal
identification. It must always remain “just business.”

The Trappist
secret to remaining detached in the heat of business battle is to be rooted in
higher set of values: a set of values that transcends the current situation and
even business itself. These deeper values allow us to “take a step
back” under pressure and remember “what is really important.”
For the athlete this higher perspective is called “the love of the
game,” and it produces a detached human being who would rather lose than
win unfairly and/or hurt his team. In business a proper love of the game
transcends our desire to make money. It allows us to temper our competitive
fire with a commitment to only the highest ethical standards. And the paradox
is that rather than a hindrance to success, proper detachment leads to even
greater business success over time.

The reason
why Trappist monks are so good at detachment is not because they are rootlessly
floating in some kind of spiritual never-never land. On the contrary, they are
passionately rooted in something much bigger than their narrow selfish
concerns. This makes it easy to put mere business decisions into their proper
perspective. Trappist monks are committed to a life of selfless service to God
and others, and as a result the game they love produces the business
satisfaction that only arises from making a positive difference in the lives of
others. And once again, Trappist monks are not successful in business despite
their commitment to selfless service but because of it.

Refusing to
fight for the control of our company was one of the best and most lucrative
business decisions I ever made. And it relied on a leadership lesson I learned
from the monks. It was detachment that allowed me to step back under pressure,
remember the “big picture,” and put the interests of others ahead of
what only seemed like my own at the time. I made a huge bet on an unknown
outcome simply because it was “the right thing to do,” and in the end
my friend and I were rewarded in a far bigger way than either of us could’ve
imagined at the time.
Author Bio:
August Turak is a successful entrepreneur,
corporate executive, award winning writer and author of Business Secrets of the
Trappist Monks: One CEO’s Quest for Meaning and Authenticity (Columbia Business
School Publishing; July 2013). He has been featured in the Wall Street Journal,
Fast Company, Selling Magazine, the New York Times, and Business Week, and is a
popular leadership contributor at Forbes.com. His website
is www.augustturak.com.