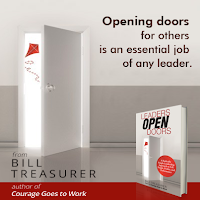 A lot of leaders
default to creating duplicates at the top. It’s natural to gravitate toward,
and develop bonds with, people who look like, talk like, and think like we do.
So a lot of leaders end up promoting people who are just like them in gender,
ethnicity, sexual orientation, disposition, and education. It’s just plain easy
to want to be around members of one’s own tribe. It’s also just plain dangerous.
By
promoting duplicates at the top, people who are outside of the predominant majority
– whom I call Others – are often passed
over for plumb opportunities. In addition to the well-known dangers of
groupthink, when leaders exclude Others, they also exclude the varied
perspectives and ideas that could help the leaders make better and more
imaginative decisions.
The vast
majority of senior leaders across nearly all organizations throughout the
United States and Europe are white men. That’s not an indictment. It’s just a
fact. The challenge is that it’s not a natural act for male white leaders to
open doors for women, blacks, other nonwhites, people with disabilities, or
homosexuals. Excluding these Others from the top ranks likely has less
to do with duplicity or racism (at least consciously) than it does with obliviousness
and ignorance. Yet the impact is the same. Qualified people are inhibited from
getting a fair chance to succeed, which harms both them and the organization.
This tendency for
like kinds of leaders to cluster together ends up limiting opportunities for Others. Consider, for example, that 89%
of the American public say that they are comfortable with women in senior
leadership roles. Yet only women hold only 18% of top level positions. Worse
yet, only 3% of Fortune 500 CEOs are women. Despite the fact that a growing
body of research suggests that women are more effective in senior positions
than their male counterparts.

Some might argue that women have made great strides
in cracking the proverbial glass ceiling. The CEO of IBM is a woman (Ginny Rometty).
But while the glass ceiling may not be as solid as it used to be, it still
exists. History suggests that women will not be able to fully dismantle the
ceiling by sheer force of will and talent without the active contribution and
cooperation of male leaders. One difference between men and women at work is
that a man can climb the corporate ladder based on hard work, ambition, and
merit with very few obstructions. There’s almost nothing stopping him if he’s
effective enough. Women can demonstrate all these attributes and still find
diminishing opportunities as they progress, through no fault of their own.


At
that point, candidly, a woman may not get any farther without a man opening a
door for her. This isn’t paternalism. I am not suggesting that women are weak
damsels who need men to rescue them. I am suggesting that by being
overly attentive to their own tribe, male leaders routinely, and often
unconsciously, obstruct opportunities for women. The reality is that men
largely hold the keys to the boardroom and C-suite.  So if they aren’t actively creating
opportunities for women—a very large group of Others—male leaders run
the risk of becoming opportunity obstructionists.

To be clear, most leaders are not consciously racist
or bigoted. My experience working with many leaders has been largely the opposite.
Most are decent and ethical people. They just default to creating duplicates at
the top. So they need a lot of reminders—from shareholders, advocacy groups,
outside consultants, etc.—to include Others. Including less-obvious candidates
during the screening process lowers the risk of missing a talented gem who could
have shined as a leader.

A wise leader
gives special attention to those folks who are least like the leader. They go out of their way to understand the
needs of Others. They make sure that Others are included in opportunities.
They value the perspective of Others
when making important decisions. And they remove whatever barriers stand in the
way of helping Others achieve more.
If you’re in a
leadership role, or if you’re aspiring to be one, consider taking these
actions:
Influence is often judged in organizations by who has “a seat at the
table”. If you do, take a look at the people sitting next to you. Who else has
a seat? If the seats are all occupied by people who are just like you, it’s
time to create a space at the table for Others.
Bill Treasurer
is the Chief Encouragement Officer of Giant Leap Consulting. His latest book is
Leaders
Open Doors, and focuses on leaders as opportunity-creators. Bill is
also the author of Courage Goes to Work, an
international bestselling book that introduces the concept of courage-building.
He is also the author of Courageous Leadership: A Program for
Using Courage to Transform the Workplace, an off-the-shelf training
toolkit that organizations can use to build workplace courage.
To inquire about having Bill work with your organization, contact info@giantleapconsulting.com.