You are here Home » authentic leadership 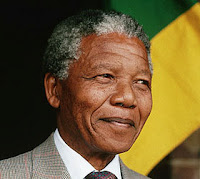 With the great
Nelson Mandela struggling with health issues, we’ve been thinking a lot about
the general phenomenon of leadership. Mandela is clearly one of the great
leaders of our time. His example convinces us that ethical leaders display deep
selflessness and an absence of the two deadliest of Pope Gregory the Great’s
“seven deadly sins” – pride and envy.

The Jewish
philosopher and mystic, Spinoza, claims that pride is a “species of madness”
because it leads us to think that we can accomplish all things. The fundamental
psychology of pride is that it produces a distorted view of self and the world.
Pride is about self-absorption, excessive self-esteem, inordinate self-love,
and egregious self-evaluation. The Oxford English Dictionary defines pride as
“an unreasonable conceit of superiority … and overweening opinion of one’s
qualities, talents, and abilities.”
In effect,
what pride does is to strip the ability of a person to be objective, to make
sound judgments, to be critical. Pride is an excuse for excess, a roadblock to
moderation, and a stairway to arrogance. Pride says poet and Trappist monk
Thomas Menton, robs us of our humility and our basic concern for objectivity,
because we are constantly focused on self. For Thomas Aquinas, pride is more
than narcissism; it is the “distorted desire to be exalted.” This desire,
suggests Aquinas, leads to an exaggeration of our ability and rights and
contempt for the ability and rights of others. For Aquinas, pride is the
beginning of every sin, and, by his reckoning, the “queen of them all.” Pride
leads to complete “selfishness,” and to the total abandonment of the concept of
“selflessness.”
If pride is
the queen of the seven deadly sins, clearly envy is her lady -in -waiting. Envy
may be the most pervasive of all the sins. Envy is both a positive and a
negative part of the human condition. It figures in all of our interactions
with others. It is a part of our competitive nature as well as of our contemptuous
feelings toward those who seem to be or to do better than us.
Envy is not
just about wanting, desiring what others have. Envy is about resenting the good
things others have. Envy is not just desire. It is the inordinate desire for
that which belongs to another – whatever that might be. To be envious is to
covet, to be deeply angry, and to harbor hostility, malice, and hatred. In
effect, when the envious person sees someone of greater good fortune, his or
her response is: “Why not me? Why this person, instead?” To deeply envy another
means: “I want your life!” – and – “I hate you for having it.” Immanuel Kant
argues that envy is an “abominable vice, a passion not only distressing and
tormenting to the subject, but intent on the destruction of the happiness of
others.” Building on Kant, philosopher John Rawls argues that envy is an
antirational sentiment that is socially dangerous because it diminishes the
possibility of achieving fairness and justice between individuals. Envy, says
Rawls, “is a form of rancor that tends to harm both its object and its
subject.”
We believe
that “genuine” leaders display deep selflessness and an absence of overweening
pride and envy. Genuine leaders put their cause, their purpose, their calling,
before themselves. They live, as Ignatius of Loyola suggested, “a life for
others.” However, this does not mean that they are saints. Their lives, like
those of all of us, display flaws, momentary lapses, and episodes of
self-indulgence. Despite this, however, their focus remains fixed on concepts,
issues or communities beyond themselves. As we celebrate Nelson Mandela’s life,
we might also use it as an example of how a leader can rise above self at every
moment to serve and build his or her community.

Al Gini is a
Professor of Business Ethics and Chair of the Department of Management in the
Quinlan School of Business at Loyola University Chicago. He is also the
co-founder and long-time Associate Editor of Business Ethics Quarterly. For
over twenty-six years he has been the Resident Philosopher on National Public
Radio's Chicago affiliate, WBEZ-FM.  His
most recent book is 10
Virtues of Outstanding Leaders: Leadership and Character, co-authored with
Al Gini of Loyola University, Chicago.
Ronald M. Green is
a leading scholar of theoretical and applied ethics who has taught since 1969
at Dartmouth College, where he has also served as Director of Dartmouth's
Ethics Institute. A summa cum laude graduate of Brown, with a PHD in religious
ethics from Harvard, Professor Green was named a Guggenheim Fellow in 2005.
« When Your Spouse is Also Your Employee
28 Leadership Development Recommendations for your Individual Development Plan »
AFTER ENTRY