You are here Home » communication 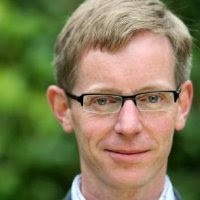 How did they run out of fuel?

It was a miserable night, foggy and with terrible
winds.  Planes were struggling to land
all along the east coast.  The flight had
been in three separate holding patterns circling New York for well over an hour
when it was finally cleared for landing.

As the plane approached the airport the wind suddenly
changed direction and it had to abort the landing and climb rapidly.  Air traffic control circled the plane back
around, waiting for other planes to land before it could make a second approach.

6 minutes later the plane ran out of fuel and plunged into a
hillside.

Why didn’t they land?

Plenty of other planes landed in the hour and twenty minutes
between the Colombian plane arriving above New York and crashing into Long
Island, and the plane was in constant contact with air traffic control so...

·
Why did they wait in the sky for over an hour?
·
Why weren’t they given priority landing?
·
Why didn’t they go to land at Philadelphia or
Boston?
·
Why didn’t they spin back round immediately they
had a failed landing?
How could such a disaster have happened? Didn’t the pilots
know that the plane was running out of fuel?

Words from the past

The black box flight recorder caught every word on the
plane.  The pilots knew full well they
were going to run out of fuel, they were on the verge of panic.

The only surviving member of crew, one of the flight
attendants, testified in the inquest after the crash afterwards that when she
entered the cockpit to see how serious the situation was the co-pilot pointed
at the fuel gauge and cut his throat with his finger.

The tragedy was simply a miscommunication.

The Colombians had simply been unable to explain exactly how
dire their predicament was.

How could trained professionals miscommunicate so badly?

In the 1970’s the Dutch psychologist Geert Hofstede
developed a way of looking at cultural differences.  He produced a set of dimensions to explain
how cultures vary from one another.

One of his dimensions is the “power distance index”.  It measures how differential members of a society
are to those in positions of power.
The US has a relatively low “power distance index” it is a
culture of straight talkers.
The opposite, however, is true of Colombia.  Colombians are invariably polite and non
confrontational to those they see as being in a position of power.  They keep their thoughts to themselves.
Whilst the message to Air Traffic Control from an American
plane about to run out of fuel would have been short, sharp and very to the
point a Colombian would put it very differently.
After the aborted landing the conversation
between air traffic control and the plane was:
ATC:  I’m
gonna bring you about 15 miles north east and turn you back onto the
approach.  Is that OK with you and your
fuel?
Plane:  I guess
so.  Thank you very much.
They had 6 minutes of fuel left, yet they still said, “Thank you very much.”

Leadership may well be about vision and inspiration and charisma
and motivation but at its heart leadership is about communication, and at least
half of communication is about listening.

Particularly to the people who are keeping quiet.

James Lawther knows little about leadership, but he is
fascinated about the way organisations work, so he writes about employee
engagement and process improvement instead at www.squawkpoint.com
« The Importance of Clear Performance Expectations
12 Ways to Become a more Courageous Leader »
AFTER ENTRY