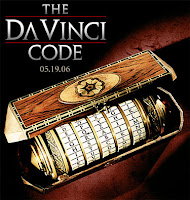 Last
week I wrote about a 2003 study conducting by the Learning and Development
Roundtable that found that managers who are very effective at employee
development can outperform their peers by up to 25%.
It may have surprising to many that the “manager-led
development” activity that had the great return on investment (19.8%) was “Explaining performance evaluation standards”.
I’m reminded me of an old story that illustrates the
importance of communicating clear performance expectations. However, I can’t
remember where I heard it from. If anyone knows, please leave a comment.

A CEO was getting very frustrated with one of his senior managers. He was so
fed up, he was about to fire him. But before he did, he felt he should give him
one last chance and hired an executive coach to work with the manager at a cost
of $20,000.

So after explaining the situation to the coach, the coach asked him to write
down a list of expectations that he had for this manager. Basically, the same
exercise you just did. He thanked him, and said he would do his best, and left
an invoice for 50% of the total bill.

The first thing the coach did when he met with the manager was to give him
the list. The manager was amazed – he had never seen anything like that before.
He was able to figure out what he was doing wrong and what he needed to do to
please his boss and be successful. He thanked the coach and went on his way.

Three months later, the coach met with the CEO to review progress. The CEO
was ecstatic with the manager’s performance – a complete turnaround. He asked
the coach – “how did you do it?” The coach told the CEO he simply gave the
manager the list of expectations and gave him an invoice for the rest of the
bill.

OK, so maybe the story is a bit of an exaggeration. But maybe not.

I’m sure most managers already know about the importance of
performance goals, standards, and expectations.

So why don’t more managers do it? Is it that, like a lot of
management and HR practices, we make it sound more complicated than it needs to
be? If you’ve ever sat through a lesson on how to write “SMART” goals, you
might come to that conclusion too.

It really doesn’t have to be. Here’s all you have to do:

1. Set aside 30 minutes of uninterrupted time. Turn off your phone, your email,
and shut your door.

2. Take out a blank pad of paper and a pen, or open up a Word document.

3. Think about what you would look for in an ideal employee if you were hiring
someone tomorrow. Jot those things down.

4. Think back to all of the performance improvement discussions you’ve had with
employees over the last few years. Jot the opposite of those things down, but
add the word “don’t” in front of each.

5. Think about all of the things that are important to you that you have not
discussed with employees, but you have implied. Add to your list.

6. Think of your best employees – what has made them so good? What does their
best work look like and how do they do it? You got it, more for your list.

7. Take a look at the generic performance criteria that’s provided
by HR on the company performance appraisal form. For each item, describe in your own words what “good” looks like
for your employees.

At the end of 30 minutes or sooner, you should have no problem filling up at
least one sheet of paper.

Whatever you do, don’t go back and sanitize it. This is not an official HR job
description that has to pass EEO and department of labor standards. It’s simply
a list of stuff that anyone who has worked for you for 5 years has probably
figured out. Maybe….. but have all of your employees? Perhaps to them it’s been
like figuring out the secrets of the Da Vinci Code.

I wonder what would happen if you shared that list of expectations at a team
meeting or with employees individually? What harm could it do? You could also
use the list as a way to onboard new employees – so that they have their very own new manager secret
decoder ring.

Even better – what if you asked your employees for a list of what they expected
from you in order for them to meet your expectations and be successful?