You are here Home » decision making 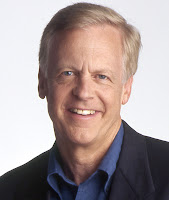 I believe the vast majority of people are creative, trustworthy, and capable of making meaningful decisions at work. My new book, The Decision Maker, is a clarion call for bosses to STOP making decisions. Instead of bosses making the call, I believe the best approach is to push decision-making down to the lowest levels of the organization; to those on the “front line”. It’s not always easy to trust and empower others. It’s hard to let go.

I’ve embedded a summary slideshow of my thinking below – also on slideshare.

One of the keys to empower others in your organization is what I call “the advice process.” It is a very simple, although often controversial, concept. It takes the “suggestion box” management approach of the 1970s and ’80s and turns it upside down. Instead of the boss getting advice and suggestions from people below, the decision-maker—who is almost always not an official leader—seeks advice from leaders and from peers.

Usually, the decision-maker is the person whose area is most affected, or the one who initiated an idea, discovered a problem, or saw an opportunity. If it is unclear who the decision-maker should be, the leader selects an individual to gather advice and make the final decision. Before any decision can be made on any company matter, the decision-maker must seek advice. The bigger the issue or problem, the wider the net that should be thrown to gather pertinent information from people inside and outside the company. In my opinion, all issues of importance require the decision maker to get advice. I’d go as far as to fire someone if they didn’t ask for advice on a big decision.

At AES, the global energy company I co-founded with Roger Sant, we did not always do a good job of carrying out the advice process, especially the requirement to reach beyond the team or business unit where the decision-maker worked. Sometimes, the information and analysis provided to the potential adviser was sloppy and incomplete. However, even with these weaknesses, the quality of the decisions using this approach was at least as good as those decisions made under more conventional management systems, often better. Probably more important, it made work more interesting and fun for thousands of AES people.

The advice process is my answer to the age-old organizational dilemma of how to embrace the rights and needs of the individual, while simultaneously ensuring the successful functioning of the team, community, or company. I observed that Japanese companies tended to emphasize the group and consensus, while American culture pushed rugged individualism. I believe the advice process strikes a better balance. It leaves the final decisions to individuals, but it forces them to weigh the needs and wishes of the community. Parenthetically, the Internet was made to order for our advice process. The kind of wide consultations that I advocate would not be possible in large, dispersed organizations were it not for email.

Five important things happen when the advice process is used by an individual before making a decision or taking action:

2. Asking for advice is an act of humility, which is one of the most important characteristics of a fun workplace. The act alone says, “I need you.” The decision-maker and the adviser are pushed into a closer relationship. In my experience, this makes it nearly impossible for the decision-maker to simply ignore advice.

3. Making decisions is on-the-job education. Advice comes from people who have an understanding of the situation and care about the outcome. No other form of education or training can match this real-time experience.

4. The chances of reaching the best decision are greater than under conventional top-down approaches. The decision-maker has the advantage of being closer to the issue and will probably be more conversant with the pros and cons than people in more senior positions. What’s more, the decision-maker usually has to live with consequences of the decision.

5. The process is just plain fun for the decision-maker because it mirrors the joy found in playing team sports. The amount of fun in an organization is largely a function of the number of individuals allowed to make decisions. The advice process stimulates initiative and creativity, which are enhanced by wisdom from knowledgeable people elsewhere in the organization.

Dennis Bakke is the co-founder of Imagine Schools and the author of the upcoming book “The Decision Maker” (March, Pear Press). In “The Decision Maker,” a leadership fable loosely based on his personal experience, shows how giving decisions to the people closest to the action can transform any organization. He is also the author of the New York Times bestseller “Joy at Work: A Revolutionary Approach to Fun on the Job.” Bakke previously co-founded and served as the president and CEO of AES, a Fortune 200 global power company. He lives with his wife in Arlington, VA. Learn more at www.decisionmakerbook.com.