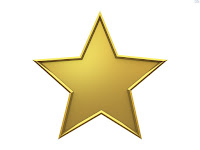 Praise is one of the most misunderstood, powerful, and
underutilized management skills. The following is a reenactment of an actual
coaching conversation I had with a manager.
1. What is “praise”? Just what exactly are we talking
about here?
Giving praise means telling someone about something
positive that they did. Other common terms for praise include positive
recognition, positive feedback, a complement, appreciation, a pat on the back,
props, kudos, WERK, toot, and yadah.

2. Why is it important for managers to praise their
employees?

EVERYONE wants it and it’s one of the easiest things to
give. It encourages, inspires, motivates, rewards, shows respect, and retains.

Being appreciated is a basic human need, right up there
with a need for food, caffeine, sex, and smartphones.

In survey after survey, employees consistently report
that “recognition for a job well done” is one of their most important
motivators. And in those same surveys, the majority of respondents always say
they don’t get enough of it.

Think about it: all employees want it. Most employees don’t get enough of it. As a manager, you
have an unlimited supply of it and it doesn’t cost you a dime. How damn hard
can it be to be a good boss without even breaking a sweat??

3. Can you give too much praise? You know, overdo it? I
don’t want my employees walking around with swelled heads.

I’ll answer that question with another question:

How many managers have you worked for gave you just
waaaay too much praise?

I’ve asked that question to hundreds – perhaps thousands
of managers in seminars, and I’ve never seen a single hand go up.

I suppose it could
happen – but given all of the potential benefits, it just may be one of those
crazy risks worth taking. You might just have to run out and buy some
extra-large hats.

4. What are some of the best excuses for why a manager
doesn’t give praise?

Ah, there are many, and I’ve heard them all. Not enough
time, my manager doesn’t give me praise, my employees work remotely, I have too
many direct reports, my employee(s) haven’t done anything to deserve it, and
I’m not comfortable giving it.

All of which are lame, lame, and lamer excuses. The
manager either doesn’t see the value in it, doesn’t know how to do it
effectively so shy’s away from it, or was raised by a pack of hyenas.

5. OK, I get it, and I was raised by my Mom and Dad. How
DO you give praise effectively? Is it something that a manager can screw up, or
will employees appreciate that I at least tried it out?

Actually, it IS possible to screw it up. In fact, I
suspect getting a negative reaction to praise is one of the reasons managers
don’t do it often enough. Some people – maybe even most people – are as bad at
receiving praise as others are about giving it. They’ll shrug it off, say it
was nothing, clam up, or get embarrassed. So, a manager doesn’t always get
instant gratification for giving praise. That’s OK – as a manager, it’s not all
about YOU. Even if the employee doesn’t react the way you might hope they
would, it doesn’t mean it’s not important to them. Chances are, they’ll go home
and tell their significant other. Or maybe not tell anyone – but trust me, at
the end of the day, it matters.

Let’s go get back to screwing it up. Yes, in order for
praise to have its maximum positive effect, it should be:

A. Timely
Timely simply means not waiting too long. You don’t want
to have one of those George
Costanza “Jerk Store” moments, where you think of
something witty to say 3-4 days too late.

B. Sincere
Don’t make stuff up just to check it off your list. Be
patient, like a hunter stalking its prey. LOOK for good things – it’ll happen,
and when it does, pounce on it!

C. Specific
This is the one where people seem to have the hardest
time with. It will take a little effort and practice to get really good at it,
but when you do, the sincerity will follow.

There’s two parts to “Specific”: (1) a description of the
behavior or action and (2) why the
action or behavior was such a good thing.
6. That last thingy sounds a little tricky – can you give
me an example?

“Thanks
for asking for clarification and examples on how to be specific. By doing that,
it allowed me to make sure not only you know what it means, but chances are, a
lot of other readers probably had the same question”.
Much better than “good question”, right?

7. OK, I’m sold, but how can I turn over a new leaf
without looking like I just got back from charm school or read the latest
leadership book?

The good thing about learning how to give praise is that
there are SO many opportunities to practice in a safe environment. You can try
it with you kids, parents, significant other, waiters and waitresses, cab
drivers, flight attendants, nurses, teachers, …… the possibilities are endless!
Best of all, the better you get at it, you’ll start enjoying the reaction you
get from people as much as they enjoy the praise.
8. Is it OK to praise my boss? Isn’t that “sucking up”?

Yes, it is perfectly OK to praise your boss, as long as
your intentions are to sincerely recognize and show appreciation for something positive,
not to gain some kind of political edge.

9. What about public vs. private praise?

I’d have to answer this one with a big, fat “it depends”.
There are pros and cons to both, so it all depends on the situation and most
importantly, the individual’s preference. It’s part of getting to know your
employees and what is motivates them. If you don’t know, ask.

10. Can you recommend a book on the topic?

Seriously?! A book? Come on, this isn’t rocket science.
But if you’re really all geeked up about learning more about employee
recognition, I’d recommend the classic 1501 Ways to Reward Employees, by Bob
Nelson, and Love ’em or Lose ’em: Getting Good People to Stay, by Beverly Kaye.
But don’t over study it – just get started today.