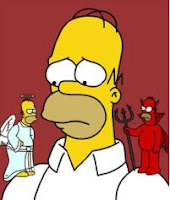 The answer may surprise you, according to new research from PDI Ninth House. While being nasty (intimidating others but lacking consideration) will get you to the business unit leaders level, these traits will leave you out of the running for C-level roles.

New PDI Ninth House Pulse on Leaders research pinpoints personality traits that can both help and hinder one’s advancement through leadership levels, and uncovers stark differences between key traits for business unit leaders and CEOs.
Specifically, the Pulse research found certain traits, which facilitate advancement to the business unit leader level, actually inhibit progression to the CEO level. Business unit leaders scored the highest in terms of displaying competitiveness and intimidating others, and the lowest in being considerate. CEOs, in contrast, scored highest in being considerate, displaying influence and taking charge, and were the least likely to be intimidating to others.

The Pulse research suggests leaders who are competitive and intimidating but lack consideration may find success and advance up to a certain point. However, the research also shows that those who progress to the top use influence rather than intimidation to direct in a positive way, and temper their competitiveness. Consequently, leaders may find it difficult to advance to C-suite roles without shedding those previously-rewarded personality traits.

“The leadership ladder is shaped like a pyramid, with leaders vying for fewer and fewer spots as they advance in an organization, and this can breed competition — it’s a natural human tendency,” said Stu Crandell, Ph.D., senior vice president, PDI Ninth House. “However, at the senior executive level, these traits become derailing behaviors, so it’s critical for leaders to let go of these tendencies and emphasize the right positive traits, or they run the risk of eliminating themselves from consideration for these roles.”

In comparing leaders at different points in the leadership pipeline, the research identified the top three traits successful leaders must increasingly emphasize as they progress in their career, starting as first-level leaders and then as they move up through the roles of mid-level leaders, business unit leaders, senior executives and, ultimately, the chief executive officer (CEO):

· Influence over others, including regularly selling ideas and, in turn, gaining acceptance and prompting others to help carry out those ideas.

· High energy levels to adequately accommodate the increase in time demands that occurs between ascending levels of leadership.

· A take-charge approach, characterized by a more directive style of leadership that entails regularly delegating tasks and imposing action.

Conversely, successful leaders must let go of the following traits as they move up the leadership ladder:

· Passive aggressiveness, which leaders can steer clear of by being direct about what they think, rather than going along to avoid conflict.

· Micro-management, which leaders should avoid by focusing on managing outcomes, rather than the details along the way.

· Manipulation, which is a tactic for trying to get others to take action by using a hidden agenda. Leaders should instead seek to lead by influence and be transparent about their goals.

· Attention to detail, a trait that should decrease as leaders gain a broader scope of responsibility and have to think in more strategic terms — which is difficult to do if leaders stay overly focused on details. Instead, leaders should assign others to attend to the details.

By understanding what is involved at each level of leadership, individual leaders can more effectively navigate transitions from one level to another. Organizations can also benefit by adequately developing their own talent internally and building their bench strength in preparation for leadership transitions.

“The nuances of leadership are such that even those traits that we largely assume are always good for one’s career — like attention to detail — can actually inhibit effective leadership past a certain point,” Crandell said. “PDI Ninth House understands those personality nuances, and can help organizations empower their leaders to know what personality traits are important at each stage of leadership development.”

About the Research:
The PDI Ninth House research examined 37,398 leaders from 1,340 companies across 147 countries to compare personality traits between levels, progressing in sequential order starting at first-level leaders and moving on to mid-level leaders, business unit leaders, senior executives and, ultimately, those at the chief executive officer (CEO) level.

About PDI Ninth House:
PDI Ninth House is the world's premier global leadership solutions company. For more than four decades, we have provided integrated assessment, development and coaching solutions around critical leadership and business challenges that most directly impact each leader's success and the success of their organization. For more information, contact PDI Ninth House at 1.612.339.0927 (in the U.S. 1.800.633.4410) or visit its website at www.pdinh.com.